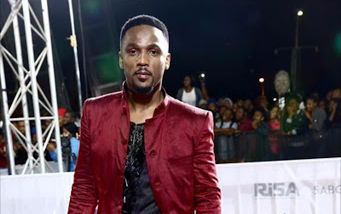 After much speculation over the reasons that led to the end of Nathi Mankayi's working relationship with Muthaland Entertainment, the musician has come out to set things straight on the split.

Speaking to Mo Flava on The Drive with Mo Flava & Masechaba Ndlovu, the Nomvula hitmaker revealed that he left Muthaland because he felt he had no control over his affairs and his music

"Ever since I left Muthaland, I feel a great difference. I am free now, free to do things the way I see fit. I am very free and I have control over my affairs."

Nathi and his sister Amanda, who is also a singer, started their own company under which their music will be released.

He said some of the biggest lessons he's learnt so far in his career was that if you don't learn to resist "external" forces you will move away from your initial plans.

"What I have learned is to be steadfast in the things that you believe in. It is important to be strong in what you want and not allow yourself to be swayed to and fro by other people."

Nathi became an overnight sensation after his song Nomvula blew up in 2016. This after Vusi Nova apparently introduced him to Muthaland.

Reports that Nathi had left the record label surfaced two months ago after his plans to open his own stable with his sister were announced.

Daily Sun reported that sources said Nathi was "yet to be released" from his contracts  and the owner of the label, Lance Stehr, denied any knowledge of the "resignation" at the time.

Mzansi Magic's Lockdown once again cemented its place as one of the most dramatic series in South Africa on Monday, leaving fans in shock with the ...
TshisaLIVE
4 years ago

Despite being in the spotlight actor Thabo Rametsi has learn't to live life on his own terms and to not let public scrutiny deter him from being ...
TshisaLIVE
4 years ago

'It's different this time,' says Mshoza on traditional wedding

Mshoza is enjoying newly-wedded bliss and everything that comes with being a new makoti (bride) after she traditionally tied the knot to her beau ...
TshisaLIVE
4 years ago

A new single from late gospel star Sfiso Ncwane is set to be released on the anniversary of the musician's death next week, with his wife and team ...
TshisaLIVE
4 years ago

Miss Universe Demi-Leigh Nel-Peters: 'Is this even real?'

The news of being crowned Miss Universe on Sunday night in Las Vegas is still setting in for Demi-Leigh Nel-Peters. The 22-year-old beat over 90 ...
TshisaLIVE
4 years ago