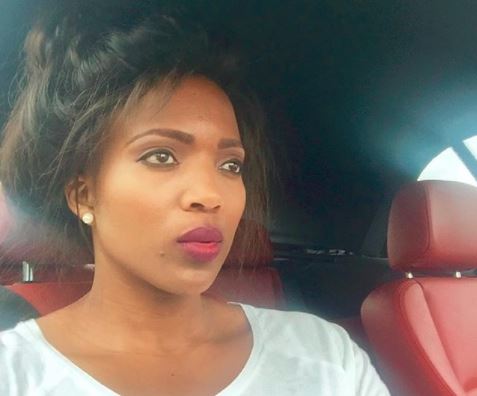 Actress Brenda Mhlongo has been married for 19 years to the love of her life.
Image: Via Instagram

It is nearly two decades since actress Brenda Mhlongo said 'I do' and she is still madly in love with her husband and is grateful that distance made their hearts grow fonder instead of separating them.

Brenda, who lived abroad for more than five years focusing on her career told TshisaLIVE that she was glad the distance didn't ruin her marriage.

"It's almost 20 years since I've been married. There's really no set secret but in our case I think the traveling...as much as it was a disadvantage, was also an advantage for us. Each time we saw each other it felt like our honeymoon. I think that contributed to keeping the fire burning between us. Because I missed my family so much, every time I saw them I appreciated them even more. So the distance kept the marriage going."

The pair are blessed with three children and have managed to serve #relationshipgoals to those around them.

The actress got married when she was just 18 years old and coincidentally at the same time her acting passion demanded her "full presence."

Brenda's husband, Edmund Mhlongo supported her when she needed to spread her wings in her career.

She also revealed that although she knew she was an artist, it was her husband who actually trained her as an actor.

At the peak of her career Brenda spent her time traveling the world as part of big productions such as the Lion King.

"I was moving from one place to the other, for five and a half years but the toughest thing was missing my husband and my kids. Skype was my best friend and I saw them only twice a year. Thank God I have a very supportive husband. My husband kept me going and their encouragement pushed me."

Brenda said there's no secret to a long-lasting marriage and that it takes constant love and hard work.

She said she's learnt to count her blessings because even though it's been close to two decades she still gets butterflies in her stomach when she thinks of her hubby.

After being out of the spotlight for over a decade, Roderick Japhta better known as Generations' Glen Majozi returned to the small screen, and left ...
TshisaLIVE
4 years ago

Distruction Boyz came out to blame the delay of their highly-anticipated music video for Omunye on Khanyi Mbau, who they claimed complained about ...
TshisaLIVE
4 years ago

Andrea Dondolo on her parent's divorce: 'I grew up an angry child'

Actress Andrea Dondolo has revealed that although in retrospect she has lessons learnt from her parent's divorce, it left her an "angry" child and ...
TshisaLIVE
4 years ago

Cassper gets dissed for wearing the same undies twice