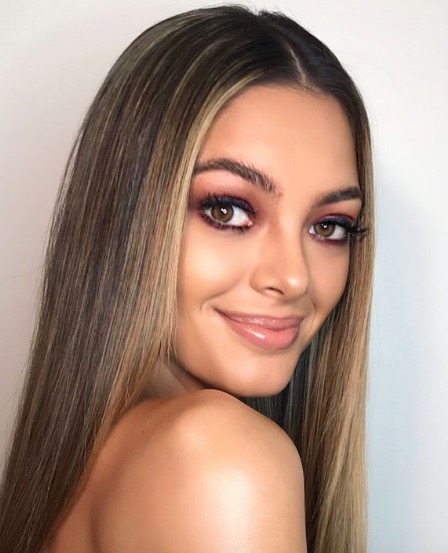 Demi-Leigh Nel-Peters spoke to TshisaLIVE from her new apartment in New York.
Image: Via Instagram

From being crowned Miss SA, to having fellow contestants accuse the pageant of bias and being labelled a racist after wearing gloves while feeding black children at a charity event in Soweto, Demi-Leigh Nel-Peters has had a rollercoaster 2017. And she's stronger for it.

"It was a difficult time, but in the end it made me stronger. I learnt that you have to know what people's intentions are and you shouldn't take criticism from people who haven't made an effort to know you, to know your mind and heart.  You should listen to people who have your best interests at heart."

Holding her head high and unafraid to defend her actions has seen her not only gain the respect of her peers but clearly impressed a global crowd.  As Demi-Leigh was crowned Miss Universe in Las Vegas, it was a more confident and stronger version of the young woman Twitter happily attacked a few months earlier. This time though, Mzansi was united and, probably, had more respect for the beauty queen as she faced criticism head on, and like her Miss SA campaign, proved that she is unBreakable.

Demi, who spoke to TshisaLIVE from her new apartment in New York, where she'll now be based after winning the Miss Universe title, said that when her name was called, she was ready to accept her new future.

"In that moment you wonder if it is dress rehearsals. Is this actually happening? But in a way, you believe it. You acknowledge how hard you have worked and how far you have come and you embrace it. It's hard to explain what happens when a childhood dream becomes a reality."

While her schedule has been gruelling (she was even losing her voice because she was doing so many interviews) Demi has been ticking off big bucket list items. She was in Times Square, went to the top of The Empire State Building and ate cheesecake in Manhattan. As she navigates through the next few weeks, she says she's got a lot more she wants to do.

"I want to go for a run in Central Park and read a book on the steps of the New York Public Library."

Of course, moving to a new city for the first time in her life is going to be hard. Demi is ready for the challenge.

"I'm dreading the New York winter. It's already cold here, colder that SA ever gets, and it's only November. January and February will be worse. But I'm excited. I love travelling and exploring and I want to see the world. I also want to elevate my cause, unBreakable, which I had in Miss SA, on this global platform." (Demi's campaign is aimed at educating, uplifting and empowering women through workshops which focus on topics like how to get out of toxic relationships and how to handle a robbery)

Although she posted a picture of her luggage when she arrived in New York, Demi said she only had four bags, and the rest were gifts and prizes. So, she walked into a new city rather unprepared.

"Some girls came to the pageant with 12 or 13 bags. I had nothing for New York except three coats that I had used in Vegas in the evenings. I sent my dad out to buy me some stuff. I was very ill-prepared. Miss Universe is also taking care of me and there's an amazing stylist who has sourced some clothes for me. I can't wait to come home and celebrate with everybody in summer."

My home for the next year 🏡👑🇿🇦🏙 #missuniverse 👜💼 @lipaultsa @lipaultparis_official

Mzansi has rallied behind Demi, welcoming her win for bringing some good news to South Africa.  For the 22-year-old this isn't just a win for her, but for her beloved country.

"If I win, we all win. I hope that this title will inspire people to follow their dreams and work hard. Nothing will fall into your lap. I hope it brings unity to people in South Africa. I hope South Africans go 'that's our girl' and celebrate with me. SA believed in me before I won the title and I couldn't be more thankful."

From France to South Africa (@irismittenaeremf get it .... 😉) This one is for every single girl and boy that has a dream! Nothing is ever impossible! South Africa I ❤️ you. @missuniverse #missuniverse Dress by @anelbothac