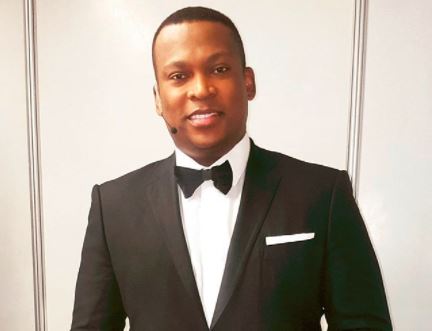 Former SABC sport presenter Robert Marawa has spoken out about some of the things that happened behind closed doors after Bonang Matheba left.
Image: Via Instgram

Robert Marawa believes that ever since Bonang Matheba was told to embrace changes to her show or resign, it set a precedence for bosses to threaten other DJs during contract negotiations.

Bonang's shock resignation came in the midst of a major reshuffle at the station earlier this year, just hours after it was announced that Lerato Kganyago would co-host The Front Row with her.

Speaking to JJ Tabane on Power FM Robert claimed that after Bonang resigned there were bosses that would use the phrase 'we'll do a Bonang on you' if staff became 'difficult'.

"When DJ's were going for contract negotiations, they (SABC bosses) started saying (to them) don't start being difficult or 'we'll do a Bonang on you.' So they celebrated taking a show away from a very talented person who was there. So for them it's an achievement. They probably went home and popped champagne because one person who is very popular was removed from the the airwaves and that it is the public broadcaster."

After Bonang's resignation other personalities including Unathi Msengana, Glen Lewis, and Robert also resigned from the station.

The revered sport presenter said some decisions made at the SABC prior to his departure were "personal " and were meant to hurt him, but only ended up hurting the listeners.

He added that there were still many "unspoken" issues at the broadcasting cooperation and they took "talent" for granted. Robert used Tbo Touch's resignation, in 2016, as an example.

"People ask why was Tbo Touch so angry? He was angry because he knew his contribution. He heard, and this was presented to the interim board of the SABC, that the two shows that were making money for the Metro was his drive show and my sport show at the time. Invoicing a million a month rand every month to MTN is what they were doing in that time," he said.

Robert and SABC parted ways in July after the presenter decided to boycott his show in protest of the "unfair suspension" of his radio show producer Beverly Maphangwa.

He told TshisaLIVE he found out through colleagues at the SABC that he had lost his job on Metro FM after an internal notice was circulated at the public broadcaster.

A statement was later released saying the SABC Sport had "accepted his decision to repudiate his contract".

Listen to the rest of the interview here:

Following an internal investigation into allegations of racism leveled against British Airways by music group, Black Motion the airline has admitted ...
TshisaLIVE
3 years ago

TV and radio host Lerato Kganyago has never been one to hold her tongue when she feels ill treated, and the star once again fired a broadside shot at ...
TshisaLIVE
3 years ago

Black Coffee on wearing a brace: I feel so free

Three months after revealing to fans that he was wearing a brace as part of rehabilitation for his disabled arm, Black Coffee has revealed how the ...
TshisaLIVE
3 years ago

Sbahle Mpisane: They used to call me horse face

She's a fitness guru and her beauty is admired by many, and yet Sbahle Mpisane knows all too well about the wrath of trolls on social media. She ...
TshisaLIVE
3 years ago