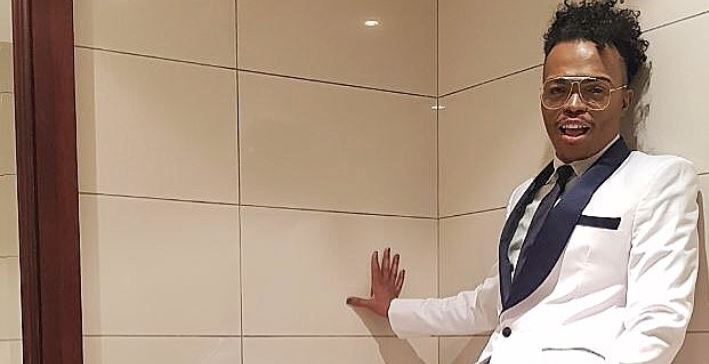 Somizi has slammed suggestions he is flamboyant to get those coins.
Image: Via Somizi's Instagram

Somizi has hit back at suggestions that he exaggerates his sexuality to profit off the fame and attention, telling fans that he was not "putting it on" and he is just being himself.

The Sarafina star told Metro FM listeners on Friday that he had been asked by people if he was being flamboyant to get attention and gigs, but said nothing could be further from the truth.

"Never. This is me," he said in response to the question again being posed to him.

He went on to explain that there were those who used their sexuality over their talent but he was not one of them.

"Some gay people, or people, think it is easier for them to get into the industry and just be flamboyant. They bring their sexuality before their talents. They think that they are being like Somizi. But this is me. I have always been like this," he added.

The Idols SA judge has always been open about his sexuality and has often spoken out about fathering a child while being openly gay.

His comments come less than a month after he slammed suggestions that gay people could not have straight friends and just wanted to "get in their pants".

Sbahle Mpisane: They used to call me horse face

She's a fitness guru and her beauty is admired by many, and yet Sbahle Mpisane knows all too well about the wrath of trolls on social media. She ...
TshisaLIVE
4 years ago

After beginning with YouTube vlogs and minor presenting gigs, Moshe Ndiki has finally bagged his first big acting role on popular telenovela The ...
TshisaLIVE
4 years ago

Rapper A-Reece claims that his neighbours hate him and his "wrecking crew" friends because they do not understand how a young black man could afford ...
TshisaLIVE
4 years ago

EFF National Spokesperson Mbuyiseni Ndlozi has lambasted British Airways and called on the airline to suspend some of its crew immediately, after the ...
TshisaLIVE
4 years ago