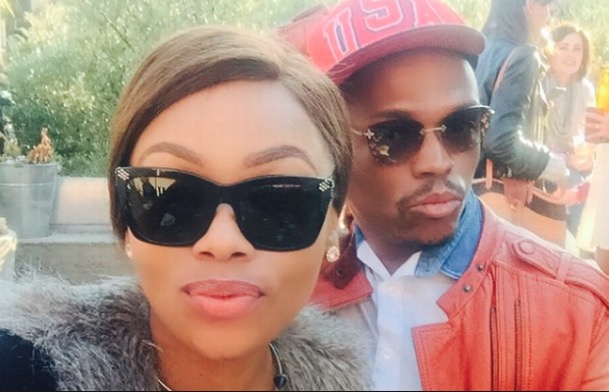 Somizi has shared his thoughts on Bonang's departure from Metro FM earlier this year, claiming that he would not have stormed off because he is believer of not "burning bridges".

Bonang shocked radio fans in April when she decided to resign just hours after getting a new co-presenter on her Metro FM radio show in a reshuffle at the station. She told TshisaLIVE at the time that she had resigned out of principle.

When asked about his thoughts on his former friend's decision, Somizi said that he would never have stormed out of a job.

"I am big on respecting everyone's decisions but if it had to happen to me, I am a big believer in not burning bridges. Even if I get to a point where I hate being here and I am treated in a certain way that I do not like, I would never, I am not the type of person who storms out, especially professionally," he said on his Metro FM show.

He said it was important to remember that the station would not be run by the same people forever and the person may want to return in the future.

"For me, it is more about wanting to leave in a way that if I wanted to come back, the door would still be open. An establishment will never be run by the same person forever. So, if I have a problem with my station manager today, I would still not storm out. I would say: 'It is time for me to go. Thank you very much. Goodbye'. In two year's time there will be someone else and if I come back they will ask me how did I leave.

"For me, I wouldn't advise anyone to leave like that, but each to his own"

Bonang and Somizi were once inseparable but parted ways last year.  Speaking to TshisaLIVE earlier this year Bonang claimed the pair were colleagues but not friends.

In her book, Bonang From A to B, Bonang finally opened up about the reasons for the split, explaining that she chose to distance herself from him after he made friends with her ex-boyfriend who she accused of assaulting her.

Thickleeyonce recalls how she used to 'obsess' over calories & gym

Photographer and plus-size model, Thickleeyonce, who has become known for proudly embracing her curves has reflected on a time when she used to ...
TshisaLIVE
4 years ago

Following an internal investigation into allegations of racism leveled against British Airways by music group, Black Motion the airline has admitted ...
TshisaLIVE
4 years ago

Rapper A-Reece claims that his neighbours hate him and his "wrecking crew" friends because they do not understand how a young black man could afford ...
TshisaLIVE
4 years ago