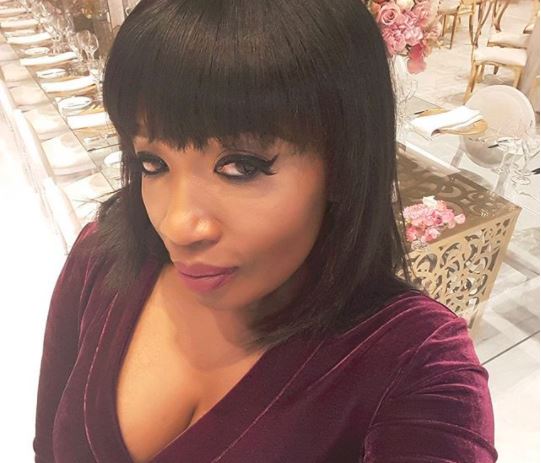 Actress Sophie Ndaba is allegedly off the market after getting married in secret.
Image: Via Instagram

It may be third time lucky for veteran actress Sophie Ndaba who reportedly eloped with wealthy Joburg businessman Max Lichaba, in a secret Italian wedding.

The veteran actress apparently got married last month in Italy after Max's relatives reportedly met with her family to pay for lobola a few month ago, according to Sunday World.

The former actress seems to be a very busy woman and recently told TshisaLIVE about her upcoming project: A reality show.

Speaking to TshisaLIVE, Sophie revealed that she has been in negotiations with several local broadcasters to air the reality show, which she says is unlike anything being done in South Africa at the moment.