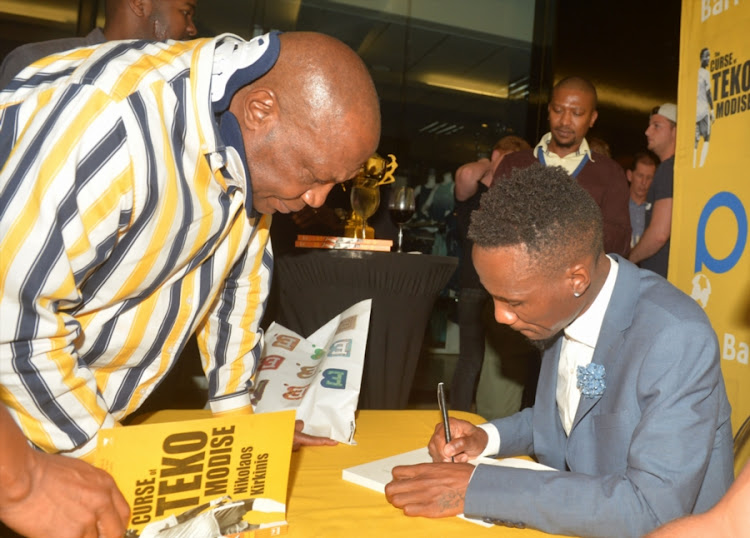 Teko Modise has opened up about how his father tried to reconcile with him through  SABC 1 reality show, Khumbul'ekhaya years after Teko was kicked out at eight years old for his love of soccer.

The soccer star, who held nothing back in his memoir The Curse of Teko Modise, revealed that he became a street kid after being abandoned by his father.

However at the height of Teko's soccer career, his father came searching for him but Teko was not having none of it.

"My dad knows where my family stays. If he wants to see me he must organise a meeting with the family. He can't just get hold of me on television now that I am Teko Modise. These were issues that we could have solved privately."

Teko said that after years of no communication with his father, Steven Sekgaila he got a phone call from the SABC 1 show, which reconnects family members.

In his book Teko said while his father's intentions may have been good, he didn't appreciate his "dodgy" approach.

Teko said he wished Steven did things differently and maybe they would have had some sort of relationship today.

"This is the guy who threw me out on the streets like I was nothing and never looked back. Now that I am famous he wants to be with me. If he did things properly and requested a meeting with me by going through the family then I would probably be friends with him to this day. It would have been nice to have a relationship with my father."

Actress Xoli Zondi recently tied the knot in a lavish wedding ceremony to the love of her life, Phiwokuhle Zamisa and has shared that she's always ...
TshisaLIVE
4 years ago

Thickleeyonce recalls how she used to 'obsess' over calories & gym

Photographer and plus-size model, Thickleeyonce, who has become known for proudly embracing her curves has reflected on a time when she used to ...
TshisaLIVE
4 years ago

Following an internal investigation into allegations of racism leveled against British Airways by music group, Black Motion the airline has admitted ...
TshisaLIVE
4 years ago

TV and radio host Lerato Kganyago has never been one to hold her tongue when she feels ill treated, and the star once again fired a broadside shot at ...
TshisaLIVE
4 years ago