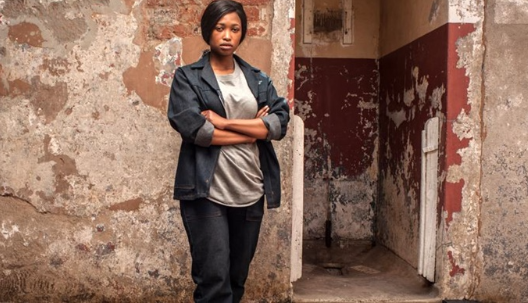 Lockdown's Monde had fans eating out of the palms of  her hands with her slick and seduction skills on Monday night's episode of the show.

Monde, played by actress Zola Nombona, is a young celebrity who gets jailed for possession of her boyfriend's cocaine and on last night's episode once again hatched a crazy plan to get out of jail.

Her plan involved seducing the prison governor's son into giving her information to put her crazy plan into motion.

While the boy clearly fell for it, Monde also had fans at home captivated by her charm.

Fans poured onto social media to gush over Monde and her slick moves through hilarious memes and jokes.

Ladies this is how you Milk information from a guy #lockdown #LockdownS2 pic.twitter.com/FR2Bhcg5tW

This guy is a fool, Monder has him wrapped around her finger #LockdownS2 pic.twitter.com/YVG0jRXjFY

Monde knows how to play her cards right 💪#LockdownS2 pic.twitter.com/zdFLYajG1o

It's either Monde is very slick or this boy is very stupid! #LockdownS2

#LockdownS2 Monde is so smart pic.twitter.com/2Nwffuvmen

With three episodes to go calls for the series to be moved to a Sunday night and given a full hour of screentime on its next season has grown louder and louder.

Speaking to TshisaLIVE, the show's executive producer Mandla N said he was aware of the demands but would keep the show in its current format for the foreseeable future.

"We are very aware of the calls for us to make the show longer but it was commissioned to be a 30-minute weekly drama and that is the format that will remain," he said.

He also confirmed that the show will air for a third season next year.

"There will definitely be a third season. Lockdown has become one of the most popular drama series in the country and has gripped audiences and we can't let that go. We are working hard to make sure that the stories that have seen fans fall in love with the show will continue."

LOL! Lockdown’s Slenda believes she went to heaven in a Vrr pha

Lockdown fans were rolling on the floor with laughter on Tuesday when one of the show's characters, Slenda, apparently went to heaven in a sports car ...
TshisaLIVE
4 years ago

The devastating pain of her mother's death after years of being in an abusive environment helped actress and musician, Nelisiwe Sibiya create some of ...
TshisaLIVE
4 years ago