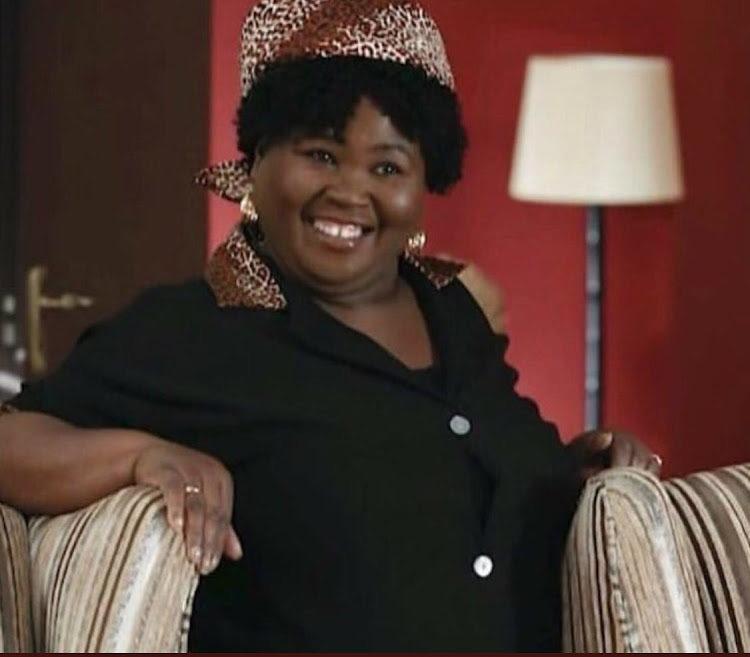 The Queen's Petronella may be TV's most gutsy employee.
Image: Via Twitter

Twitter learnt some serious lessons from The Queen's Petronella, who showed some serious guts when she asked her boss for a raise and include her in her will.

The feisty helper, played by Thembsie Matu, told her boss TGOM (played by Rami Chuene) that she can't afford to watch her go bankrupt as that would affect her negatively.

Petronella told her boss straight to her face that she needs to remain rich so that she could include her in her will "just like Madiba did". #LifeGoals

The hilarious scene left viewers unable to contain their laughter. The actress also posted the video, encouraging her fans to tell their bosses what they want, without fear or favour.

In life you must have Guts... TELL THEM EXACTLY WHAT YOU WANT... GET WHAT YOU OWED #THEQUEENMZANSI @ramichuene

Although Twitter loves Petronella and know that the woman's actions are often wild cards, they were just not ready for the levels she introduced when she went from asking for a raise to asking to be included in her boss's will.

The reactions were hilarious!

And there she is our 'Lifesaver' Petronella.. she has just negotiated herself into TGOM's will...we are not worthy 😁😁😁😁👏👏👏😁😁😂😂😂😂😂😂😂😂😂 #TheQueenMzansi pic.twitter.com/pXrqZqbGuU

#TheQueenMzansi RT if you didn't know the Mandela's included their helper in a will😯 pic.twitter.com/wPadhcI4R7

Guys!! Patronella is demanding to be put in the will. I can't with this lady😂😂😭 #TheQueenMzansi pic.twitter.com/nT7GbI3ROI

Petronella wants to be in the Mabuza will and she wants a raise too! she is the best maid to have if you no longer know how to use your money and if you want to advise on how to be rich...👏 #TheQueenMzansi pic.twitter.com/V2LEmy0t6s

It may be third time lucky for veteran actress Sophie Ndaba who reportedly eloped with wealthy Joburg businessman Max Lichaba, in a secret Italian ...
TshisaLIVE
4 years ago