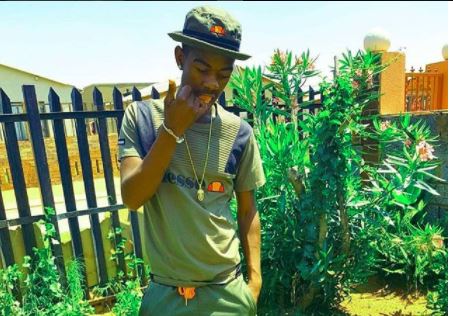 Soon after the fuss over hit Tholukuthi Hey faded, people thought that Killer Kau would disappear. But the musician is adamant that he is here to stay.

"They thought I would disappear after Tholukuthi Hey, but I released Shesha soon after that and now my third single M’thelele Something. The song is bit different because I like exploring music and that's why I am not going anywhere. There's a lot more I still want to do."

The third single is a bit different from the gqom-influenced sound the teen has become famous for and was produced by Bekizin Terris.

The 19-year-old, who broke into the industry after DJ Euphonik spotted his talent on Twitter and took him under his wings, said although he loves music, his first prize is still education.

He revealed that he passed grade 11, despite the additional work he was putting in to promote his viral single. In 2018 he'll be focussed on passing matric and his music will become more of "side-job."

"I'll mostly be focusing on my school work when class opens next year. I might do performances on weekends, but I'm looking at the bigger picture. I don't want to fail school. I'm doing matric and no matter how great my music my be doing, education comes first. I don't want to be limited later in life."

Tholukuthi Hey became a viral hit after it was shared across social media platforms, making Killer Kau and his partner in crime, Mbali Sikwane, overnight sensations.

Skolopad: My mom wants me to leave this celebrity life

Nonhlanhla "Skolopad" Qwabe's mother bought her a new car for Christmas on one condition, she not use it to push her career as an entertainer and she ...
TshisaLIVE
4 years ago