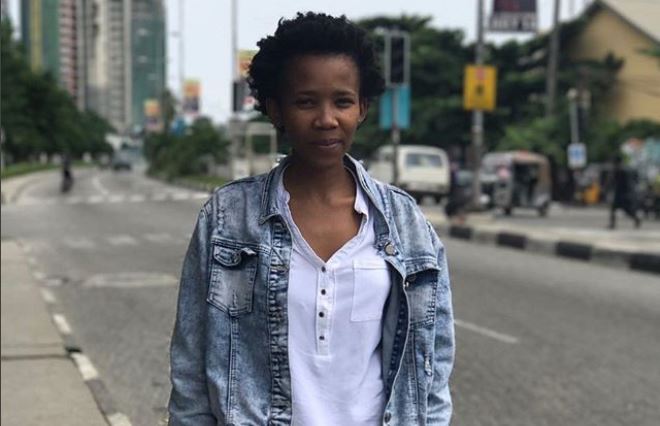 Zimkhitha Nyoka has always played the role of a teenager.
Image: Via Zimkhitha's Instagram

Actress Zimkhitha Nyoka has starred in several local TV productions from Mutual Friends to Isithembiso, but always played the role of a teenager or young varsity student, something she says she doesn't mind at all.

"I have always played the role of a teenager or young adult and that is something I am aware of. I am being typecast in all these younger roles but I am grateful for it because otherwise I wouldn't be getting any other roles. I look like a 17-year-old. I don't mind it now, in fact I am proud of it," she said.

Despite always playing a teenager several times before, Zimkhitha said she stressed when she thought of playing a 17-year-old for her latest role on Mzansi Magic's upcoming drama series, Nkululeko.

Zimkhitha plays a smart and independent girl who is drawn into a whirlwind romance with a talented young mathematician. The Xhosa-language series is set in the township of Khayelitsha.

"It was a struggle because I was playing the role of a 17-year-old with all the challenges a 17-year-old had and I thought at first; 'How am I going to play this character with the naivety of a 17-year-old.' But I found her character to be very mature and I was grateful for that. It also helped that the series is in Xhosa and I am a Xhosa. It was exciting to be a part of"

And while the star believes that she will in time be cast in more 'mature roles', she is embracing every role she can get.

"This industry is hard and one of the most difficult challenges is keeping motivated while in between jobs. Usually when I don't have a gig, I will just sit around and that is not good for any actress. You are lost as a performer and start asking yourself why you are doing it and if you should be doing it."

She admitted that she had similar thoughts after taking on the role of Asanda on Isithembiso.

"The character was so hard for me that I wanted to stop. It drove me to a point (of wanting to leave it) but it also kept me coming back. I couldn't relate to her in the beginning. I was confused by her. it was hard playing a character that is confused," she said.

Lockdown's Monde had fans eating out of the palms of  her hands with her slick and seduction skills on Monday night's episode of the show.
TshisaLIVE
4 years ago