I will probably die producing The Lion King – Lebo M 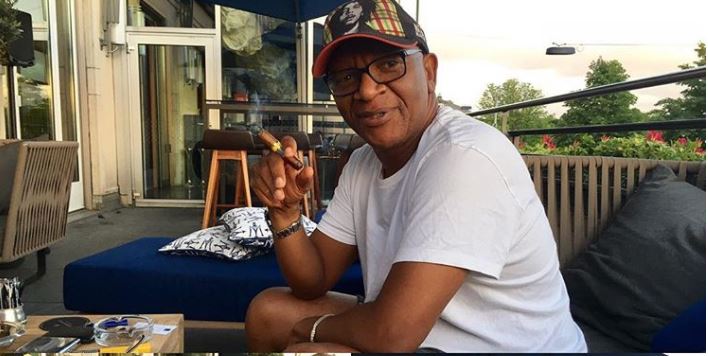 Lebo M has opened up about working on The Lion King.
Image: Via Lebo M's Instagram

As The Lion King producer Lebohang "Lebo M" Morake prepares to launch a two-year world tour of the award-winning theatre production to celebrate its 20th anniversary, he says that he has no plans to retire and will probably die on the job.

Lebo M will lead the anniversary tour at the start of next year, featuring the largest amount of South African talent and crew ever.

Speaking to Power FM, Lebo M said that after 25 years in the industry, and more than 20 with The Lion King theatre production, he still got excited by the opportunity to showcase the project to the world. He said it was this excitement that stopped him from making any plans to retire.

"I don't see that day coming anytime soon. I will probably die on the job. It is very hard when you have a career spanning over 25 years from humble beginnings in Soweto to London and everywhere," he said.

Speaking to TshisaLIVE earlier this year, Lebo M said the production kept him inspired to work harder but was frustrated by the lack of local funding for the project.

"I am excited about the 20th anniversary of The Lion King but very frustrated that it won't open in South Africa. I spent the last six years negotiating for the anniversary but even with the success of the project (overseas and historically) we couldn't convince business or government to bring The Lion King back."

The show will open in Manila, Philippines in March next year, before heading back to SA in 2020 for the finale.

Award-winning house duo Revolution had been working on several side projects in both music and TV production when fans came calling, looking for a ...
TshisaLIVE
4 years ago

Like many other South African actors,  Mpho Sebeng has strong views about  international actors telling South African stories because he believes ...
TshisaLIVE
4 years ago

Veteran actor, Seputla Sebogodi and his fiancée, Makoena Francina Kganakga are evidently head over heels in love and can't wait to embark on the ...
TshisaLIVE
4 years ago