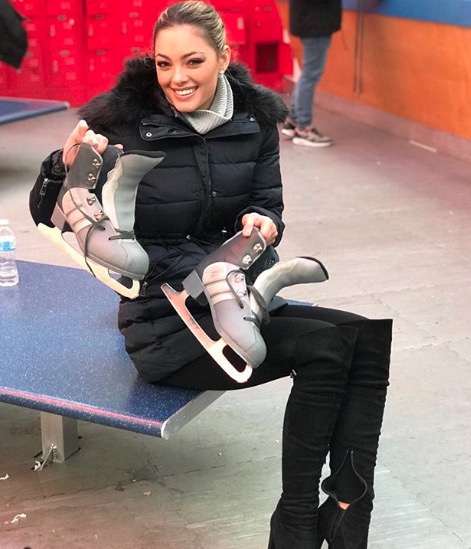 Demi-Leigh is certainly not a natural on the ice.
Image: Instagram

Miss Universe Demi-Leigh Nel-Peters is all about ticking off things on her bucket list. She's eaten a famous slice of New York cheesecake and been to the top of The Empire State Building. And now she's tried to ice skate.

Demi, who has yet to confirm when she will be returning to SA, posted a hilarious video of herself being guided on the ice.

She may be confident on the ramp, but when it came to going fast or doing tricks, she didn't really do well.

Check out her hilarious video: