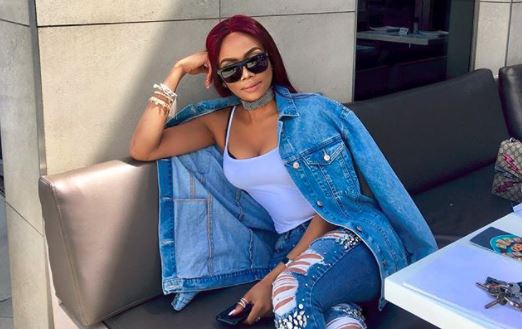 While most of us were following the SA Hip-Hop Awards or partying it up at Christmas parties, the #BlackTwitterAwards2017 were being held on the social media site. And it was brutal!

The brainchild of radio DJ Spitch Nzawumbi and TV producer Portia Gumede, the awards were a cheeky attempt at recapping Black Twitter's finest moments of 2017.

In true Black Twitter fashion, the awards were filled with more shade than a forest, with some of Mzansi's biggest celebs being crowned for their "achievements"

Twitter users were rolling on the floor when a disastrous red carpet led to a ceremony where Bonang walked away with the Best Twitter Book in English Award and Sizwe Dhlomo the award for best profile picture (for not changing it in years).

Here were some of the highlights and awards from the night.

#BlackTwitterAwards2017 good evening everybody all the way from USA , Destiny's Child is in the building #Reunion 👏👏👏👏 pic.twitter.com/zGxepvKFSQ

Your girl B and LKG in the building we are honored to have them #BlackTwitterAwards2017 pic.twitter.com/VayhoGPNlA

Guess who just made it to the red carpet @wabantu_zodwa and she's carrying Vaseline.
Me: What about this Vaseline?
Zodwa: Angazi. I felt like saying it. Better than saying Boerewors 😂#BlackTwitterAwards2017 pic.twitter.com/efaHtJ5oh3

Ladies and Gentleman, Twitter was not just about hashtags this year, we also had books that made headlines for best grama and other things like that...😀

Your best Twitter Book in English goes to.... pic.twitter.com/FwGHGmK8Y2

Ladies and Gents, how can we forget our popular phrases this year. From exciting, shocking, sensational and plain annoying. The most annoying phrase award goes to “Tholukuthi”. 👏🏽👏🏽👏🏽👏🏽. Congratulations!!!🎈🎉🎊 pic.twitter.com/yaG1g19AwW

Now we all know Avis are a big thing on Twitter. Believe it or not, the Avi of the Year goes to.... @SizweDhlomo . Congratulations Sizwe!!!👏🏽👏🏽👏🏽👏🏽👏🏽 pic.twitter.com/wcLUqh4qkA

Despite being the target of abuse all year from trolls, there was also love for rapper Cassper Nyovest and plus-sized model Thickleeyonce.

Then there were moments that left our jaws on the floor. In the history of Twitter drags & shaming, we don’t know of anyone who managed to rise above like her this year. The “Look At God” aka “What You Gonna Say Now” Award goes to @ThickLeeyonce . 👏🏽👏🏽👏🏽👏🏽 Congratulations pic.twitter.com/yWYhnBQpPM

Ladies & Gentleman The Black Excellence Award 2017 goes to none other than Mufasa @CassperNyovest 👏🏽👏🏽👏🏽👏🏽👏🏽🎉🎊🎉🍾🎈 pic.twitter.com/bXkm9Fc0JD

While rapper Cassper Nyovest went on a "mocking" spree aimed at DJ Maphorisa, who questioned his '10 million records sold' claims, on Twitter last ...
TshisaLIVE
4 years ago

It was Twitter vs Scoop Makhathini when he 'attacked' Christianity

A tweet from presenter Siyabonga Ngwekazi, popularly known as Scoop Makhathini, sparked a heated debate with Christians on Twitter last night, after ...
TshisaLIVE
4 years ago

Busiswa: 'I'm not a size 32 or the sexiest girl, but I'm breaking norms'

Ever since breaking into the industry five years ago, musician Busiswa has been teased for her weight and told that she doesn't look like a typical ...
TshisaLIVE
4 years ago

After losing multiple jobs, being involved in three car accidents and his sangoma died, Siboniso concluded that having the wrong surname was the ...
TshisaLIVE
4 years ago