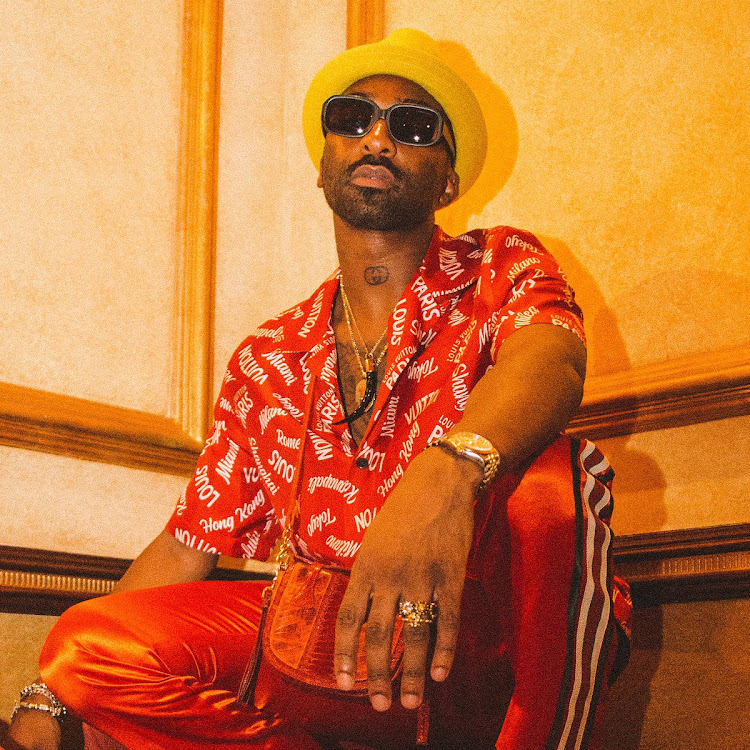 Riky Rick has shared some his reasons on why Tumi Molekane has no right to claim involvement in other rapper's success.
Image: Via Riky Rick/Twitter

Just hours after Cassper Nyovest lambasted Tumi "Stogie T" Molekane at the SA Hip-Hop Awards, Riky Rick took to Twitter to claim that Tumi had no right to "claim" he had a hand in his or Cassper's successful careers.

During the award ceremony on Wednesday, Tumi suggested that he mentored Cassper, Riky and several others.

The Boss Zonke hitmaker hit back at this in a series of tweets on Thursday, telling the veteran to " stop trying to claim n*ggas success"

I got respect for Tumi BUT honestly he needs to stop tryna claim niggaz success... I paid alot money to get out of the motif contract. He should have left it there instead of tryna bring it up in every track he puts out... let it go.

Riky claimed that while signed to Tumi's record label, he was told by the veteran that his single Boss Zonke was "wack", only for him to leave the label and the song to go on to be a chart-topper

Let me tell you what happened. I wanted to release Boss Zonke and tumi said the track is wack and he didnt want to be part of it. I said shap. Paid him coins to get off the label. Put out Boss Zonke. Became a classic. Family values went platinum. The rest is history.

He's probaly gonna go write more bars for his fans to be happy But this is the last time mention the guy. I would to stick around and entertain this BS but my life is actually in a good place. We making coins. We putting youngers on. Anything negative can take a backseat. ✌🏾

Cassper had earlier responded to Tumi's suggestion, telling fans at the SA Hip-Hop Awards that the veteran played no part in his career.

"Before I go, Tumi ain't done sh*t for me, bro" he said during an acceptance speech.

He later took to Twitter to claim that he meant every word of his diss.

I meant EVERY! SINGLE! WORD! I was assisted by a lot of OG’s like HHP, MO Molemi, THASMAN, Tumelo Mashokwe, Lucky Motsumi and a lot more and I show them love and respect all the time cause I’ll never ever forget how they assisted me. Tumi Doe? Wa Painelwa. https://t.co/sN7bGDkZHd

Early Thursday morning, Skolopad's fans found themselves confused after the 32-year-old tweeted that when she grew up she wanted to be a "slut" but ...
TshisaLIVE
4 years ago

Former SABC 2 Motswako host Mapaseka Mokwele has been off screens for some time now but revealed that she would love to return to screens to host an ...
TshisaLIVE
4 years ago

David Tlale on The Intern fiasco: 'Kuena is not a legal worker yet'

Just a week after reports surfaced that The Intern winner Kuena Moshoeshoe was yet to receive her prizes almost two months after scooping the title, ...
TshisaLIVE
4 years ago

Zim is totes obsessed with Zodwa

Even though Zodwa Wabantu is currently avoiding Zimbabwe like the plague, she has made a massive impact on fans there, which earned her a spot on the ...
TshisaLIVE
4 years ago

IN MEMES: Papa Penny stops a helicopter ride to pee

It's no secret that Papa Penny often serves life goals, but last night's episode proved that  his steez was on a different level after he revealed ...
TshisaLIVE
4 years ago