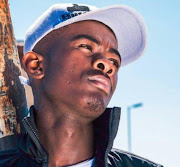 Despite being catapulted to instant success and having more money to his name, Killer Kau has shared with TshisaLIVE that he won't let fame get to his head and be financially irresponsible.

Killer Kau said one of the first things he's made sure of was  that his money would go directly to him and he would decide what to do with it,

"The money goes into my business card. I have a manger but the money I make comes to me then I pay the people I need to pay, like my DJ and manager. After paying the relevant people then I decide what to do with the rest. What I decided was that, I'll take R2000 from whatever gig money I have left over after paying people. R2000 is a lot of money for me and goes a long way, the rest I'm saving for future plans."

He explained that he learnt from watching other artists that it is easy to get exploited and to end up working hard only to have other people benefit more from your hard work than you.

Killer Kau said he had a strong support system to help keep him calm and deal with the pressures of fame.

"The thing is, I am still young. For now, I won't lie, it really looks like I have a lot of money. But I want to invest it and start businesses, later in my life when I am done with school and have more time to focus on it."

Killer admitted that he's grateful for the turn his life took and aimed to work hard to make sure he maintains it.

The artist's creation Tholukuthi Hey became a viral hit after it was shared across social media platforms, making Killer Kau and his partner in crime, Mbali Sikwane, overnight sensations.

"I enjoy this life hey. I mean I won't lie, it really is nice but I don't let it get to my head. I am still the same person I was, just known by a few more people than before," he said.