Year in Review: Caster Semenya & Violet got their fairytale ending 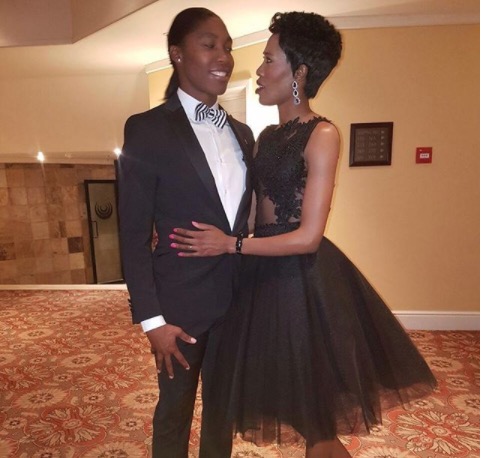 Caster Semenya is proud of her wifey.
Image: Via Instagram

Caster Semenya and her wife, Violet Raseboya, kicked off 2017 on a high note when they tied-the-knot in a fairytale white wedding in January.

The lovebirds, who got traditionally married in December 2015, held their white wedding at Chez Charlene wedding venue in Pretoria, and described it as "the perfect day".

Ever since getting married Caster, who was previously media shy when it came to her private life, has definitely stepped out of her shell.

The couple rocked the red carpets of many prestigious events together and look completely besotted with each other.

A once shy Caster has also become more open about sharing details of their love story with fans across the country.

During a TV interview earlier this year, Caster joked about how when she first met her wife, Violet thought that the athlete was boy.

Caster said she immediately got defensive and for the longest time they were both in denial about their feelings for each other.

In the end, love won and Caster describes Violet as her rock.

The lovebirds are also keen to have children together - and hopefully in 2018 their brood will be expanding!

Rapper Fifi Cooper has responded to a court ruling in favour of Ambitiouz Entertainment, which in part prevents her from performing any music that ...
TshisaLIVE
3 years ago

Musician, Khaya Mthethwa has apparently found his better half in former Miss SA, Ntandoyenkosi Kunene and the pair are reportedly set on solidifying ...
TshisaLIVE
3 years ago

Cassper serves all kinds of heat in nothing but a leather loin cloth.
TshisaLIVE
3 years ago