Amanda Black: Music lives in me and takes over when I perform 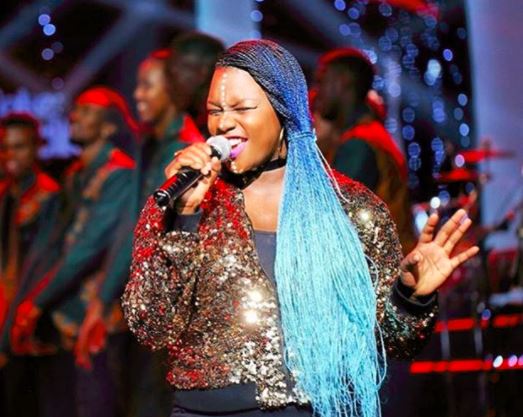 Songstress Amanda Black's music career has been a dream so far.
Image: Via Amanda Black/Instagram

Since the release of Amazulu, Amanda Black's shine has been unstoppable and the singer credits God's presence for the great year she's had.

With everything Amanda has achieved as a musician, it hard to believe that November was her album, Amazulu's first anniversary.

Speaking to TshisaLIVE the singer shared how her journey has been.

"The journey has been incredible. There’s the ups and the downs, but man it is still surreal at times. You know when I am on stage and people are singing my songs back to me, word for word, I just wonder ‘is this me? Is this my life?' I’ve had an amazing beginning."

Amanda was first introduced to Mzansi on singing competition Idols SA but she didn't end up winning the title. She was, however, snatched up by Ambitiouz Entertainment which helped  launch her career.

Another thing Amanda's fans have praised her for is her amazing performances.

Complete with the closing of her eyes and, at times, tears, Amanda explained that something takes over when she sings and after thinking about, she's concluded that it is God.

"I thought about it and I’ve decide it is God. It's so spiritual. Like I love music and whenever I'm on stage I relive the intense emotions in the songs. I disappear into the music and sometimes I feel like it's not even me. I have concluded that it’s a higher power found only in music."

Amanda has not only dominated the airwaves since her debut album was released but she has also scored herself international recognition and local music awards.

From the BETs straight to the SAMAs, there's no doubt that the world stood up and took notice of the talent that is Amanda Black.

Opinion: Gqom! Is it still music when people just talk along to a great beat?

You know that annoying moment at the family reunion when classic songs like Weekend Special by Brenda Fassie or I Will Always Love You by Whitney ...
TshisaLIVE
4 years ago

Watch out, world! Amanda Black is gunning for BET success

Musician Amanda Black is set to fly the South African flag high when she jets off to LA later this month for the prestigious Black Entertainment ...
TshisaLIVE
4 years ago

The eThekwini Municipality has moved swiftly to address questions around a BET send-off breakfast it hosted on Wednesday morning in honour of Babes ...
News
4 years ago

Award-winning musician Amanda Black will be jetting off to LA later this month after being nominated for a BET Award.
TshisaLIVE
4 years ago

In an interview on Real Talk with Anele, musician Amanda Black said that Bonang Matheba was the first person to play her hit song Amazulu on radio, ...
TshisaLIVE
4 years ago