Skolopad: It looks like everyone wants the celebrity 'VIP treatment' 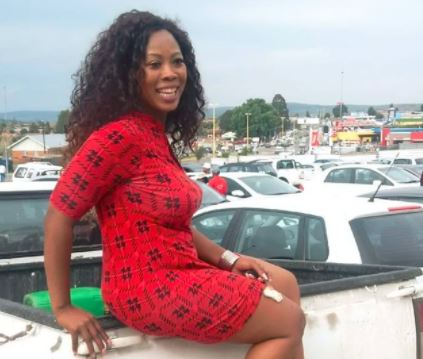 Entertainer Skolopad feels 2018 is going to be a rough year where her alter ego is concerned.
Image: Via Instagram

Even though she was one of the most talked about personalities in 2017, Skolopad predicts that 2018 will be harder because everyone wants "celebrity treatment".

The entertainer, who shot to fame as the 'lady in the (revealing) yellow dress' at the Metro FM Music Awards, has gone to great lengths to make sure she remains relevant.

Skolopad told TshisaLIVE that she felt 2018, would be more difficult because everyone would be fighting for the spotlight.

"I don't even mean it in a bad way. But the thing is celebrities are made by followers and fans, but the fans also want to be celebrities so it's tricky."

Skolopad gave an example of recent hashtags such as #UnfollowAllCelebritiesWhoDontFollowBack that recently dominated Twitter.

She said it meant that the lines were already blurred and although she's grateful for the following she has, she hoped her "star quality" would help her stay afloat.

"I'm not a celebrity to some people but I am one to some people. I know I am nothing without the few people that follow me and love me, that's why I love them. I'm just afraid of being buried, especially since my music is not doing as great as I want it to," she said.

Skolopad added that while she became an overnight sensation, she was a long way from success.

She said one of her new year resolutions was to learn more about how to promote her music and monetize her skills.

"I've managed (somehow) to be a recognisable name but there's still so much to learn. I've been failing to shift attention to what matters to me like my music and performances but that will change this year."

Fans of popular reality dating show, Date My Family, were in stitches on Sunday after watching nurse Nonceba try her luck at finding love.
TshisaLIVE
4 years ago

Kgomotso Christopher's body is everything

It's not very often actress Kgomotso Christopher gives us a glimpse of her body, but we're grateful she blessed us with this one rare snap. Kgomotso ...
TshisaLIVE
4 years ago

WATCH: Reason & Lootlove are all loved up in his Top Seven video

2017 was there year Reason decided to open up about his love for his gorgeous woman Luthando ‘Lootlove’ Shosha and he's wrapping up the year with ...
TshisaLIVE
4 years ago

Actress Gail Mabalane is every bit a glowing mama-to-be.
TshisaLIVE
4 years ago

All the times 2017 said 'Yena aya kwini?' to Babes Wodumo

We should have guessed after the #MampintshaChallenge in February that 2017 had a lot of lemons for self-proclaimed gqom queen Babes Wodumo.  And ...
TshisaLIVE
4 years ago