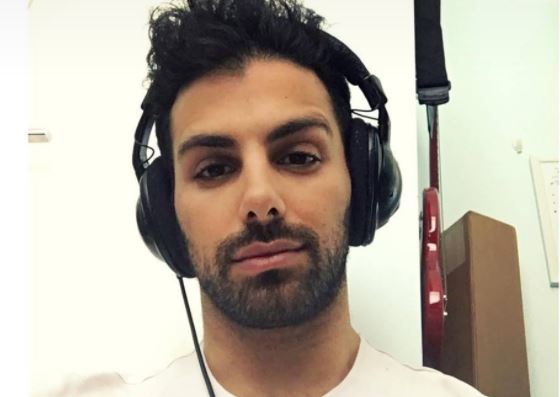 Musician Oshri aims to fly the flag high as he makes his dreams a reality.
Image: Via Oshri's Facebook

In a matter of minutes musician, Oshri Elmorich went from being an “unrecognised artist” to bagging a record deal with US singer Akon’s internationally acclaimed label Konvict Muzik!

The musician told TshisaLIVE that he believes that meeting Akon happened by pure fate, while he was rehearsing in studio one day.

"Akon walked in while I was in rehearsals, I didn't know he was there. But I heard when I started singing, the room went quiet and he (Akon) asked who I was. Then we started a conversation and next thing I knew, I was signed!"

The musician, who was born in Israel and grew up in South Africa said he identified  as an Israeli-South African, because he believes home is not a place, but the people who love you and accept you.

Oshri moved to the States in 2014, where he has been mentored by Wyclef Jean, after he won singing competition, TRACE Music Stars which completely changed his life.

He said he was ecstatic about working with Akon because he's always been a fan of his (Akon's) music.

“Since that miraculous meeting, I've met with him many times. I went to Kenya with him and many other places, then flew to Atlanta where we signed the official documents there. We had to get to know each other and make sure we are on the same page. He advised me on things like my music direction and brand. We've had interviews together and he keeps saying our relationship is more than 'just a collaboration' the picture he has is so big!"

Oshri plans to release his EP later this year but already has singles, Bad Reputation, Crazy But Free and his latest single Too Much under his belt.

Akon's record label has had a hand in the successful careers of artists such Wizkid, 2face Idibia and Nigerian twins P-Square as well as Brick & Lace, T-Pain.

Even though Thando Thabethe's fans found out a little over a month ago that her Generations: The Legacy character would cease to exist come January ...
TshisaLIVE
3 years ago

Denise opens up about TV show regrets: I'm standing by my truth

Even though Denise Zimba may have had a productive 2017, however it also taught her invaluable lessons about standing up for herself to avoid having ...
TshisaLIVE
3 years ago

Skolopad wants to be a classier 'nudist' in 2018

Even though Skolopad's social media campaign to leave nudity in 2017 fell through, she has decided to reinvent herself to give people what they want ...
TshisaLIVE
3 years ago

Scandal! star Pasi turns her attention to the restaurant business

Popular actress Mapaseka "Pasi" Koetle-Nyokong, known for her role as Dintle on e.tv's soapie Scandal!, has decided to branch out and enter the ...
TshisaLIVE
3 years ago

DJ Tira: Zodwa Wabantu's language will be 'cleaner' in 2018

Record label boss DJ Tira has stepped in to put out the flames, after Zodwa Wabantu received backlash on social media over her "vulgar" language.
TshisaLIVE
3 years ago