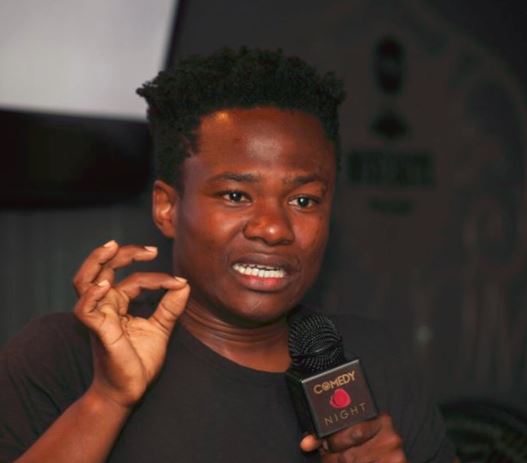 Comedian Loyiso Madinga is excited to join the A-team in comedy.
Image: Via Instagram

Even though comedian Loyiso Madinga is excited to join The Daily Show with Trevor, he's admitted to TshisaLIVE that the love and attention has been overwhelming for him but has inspired him to do the country proud.

"The attention on me is overwhelming and a bit crazy but I guess the universe wouldn't have given it to me if I wasn't ready. They didn't only choose me, they chose SA and Africa."

Although Loyiso said he was yet to ask Trevor why he "selected" him, he said he wasn't initially sure he would bag the gig after his audition.

"I auditioned, and I remember just after me, there was this really brilliant comedian and I thought, 'ah there goes that job'. But there was something they wanted and they found it in me. My personality may have just been what they were looking for, I'm so excited."

He added that he is excited to join Trevor's team and to get a chance to watch him make magic up-close.

"Trevor is funny, but more than that there's no denying his outstanding work ethic and just his intelligence, he has so much wisdom about this game and he knows how to navigate this world, because being funny alone isn't always enough. So to get a chance to work with him is a great."

Loyiso will be sharing his insights on current political and social topics in SA.

He said that the segment was only in its pilot phase but he was confident it would become a permanent feature and was so happy South Africa was not overlooked.

The 30-year-old said the whole team behind his big break was not compromising on anything.

"We are giving the world a view of Africa that is not stereotypical. We also can't be wishy-washy with the stance that we share with the world. We have a great writing team and whatever opinion we share will be a well-researched, educated stance that will be digestible for the world."

After first claiming that the pair are only friends, Major League DJ's Bandile Mbere has confirmed to TshisaLIVE that he is dating female rapper ...
TshisaLIVE
4 years ago

Heavy K is happy with his weight & his hits!

Music producer Heavy K is too busy producing chart-topping hits and has no time to entertain nasty body-shaming insults about his weight.
TshisaLIVE
4 years ago