Shalima Mkongi: Stories of depression of black youth are worth telling 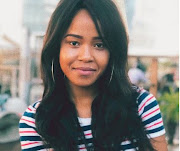 When she's not entertaining viewers on the small screen, actress Shalima Mkongi is passionate about shining light on mental illnesses and how young people suffer in silence.

Shalima, who suffers from a mental illness herself told TshisaLIVE that she believes in starting conversations about mental health.

"This (depression) is a thing that exist and I really wanted the conversation (around it) to come to light. You don't always see it, but people are going through it and helping their community understand that is a vital thing.

The actress said she hoped to begin talks in schools for youngsters but that she also  hoped the stories of young people would be told on television because parents also need to be educated.

"A lot of parents don't understand and we can't really blame them because they never received the education behind it. A lot of black parents and people of colour. They don't understand what is depression, schizophrenia..why their children are always sad or stressed.. So that they don't end up with 'unexplained' suicides that could have been prevented if they were aware."

After speaking out about her personal journey, Shalima said she had received an overwhelming amount of messages from people who took inspiration from her.

"It's just that people are afraid. It's not not really spoken about and when I shared those videos, I want people to first understand it wasnt really about me."

Shalima plays the role of Portia in the new drama Nkululeko on Mzansi Magic. Her character is that of an alcoholic mother of two, who has moved back home after her affair with a wealthy man ended.

The actress said the storyline of the drama had many layers and challenged her as an actress.

"I always challenge myself in my acting. To be as authentic in my portrayal as possible. I try my level best to relate, so that it's real. Like with Portia, I don't drink (alcohol) but being an alcoholic is a state of not having control. Its like mental illness in that way and those feeling are real to me. So when I act, it's real to me and therefore believable to you."

Nkululeko plays every Sunday at 8:00 pm on Mzansi Magic.

🚨Mental illnesses affects a lot of people but some people are afraid of speaking out about it because of the negative social stigma created around the topic. It is so brushed under the carpet that some people don’t even know that they’re battling with a mental illness. Knowing this, I decided to create this video ( for healing mostly ), as a means to open a conversation about what we deal with everyday, about our experiences with mental illnesses. With this video, I’ve also created the #LetsStartTheConversation hashtag, to connect everyone who wants to learn and teach about their experiences with mental illness. As mental health awareness month comes to an end, I urge for everyone to continue researching and teaching people about Mental illness. Let’s be mindful, build awareness and let’s #LetsStartTheConversation. P.S. to share your story or thoughts, please upload a video or tweet, with #LetsStartTheConversation For full video click on link In bio