Skolopad would love a feature in upcoming Brenda Fassie biopic 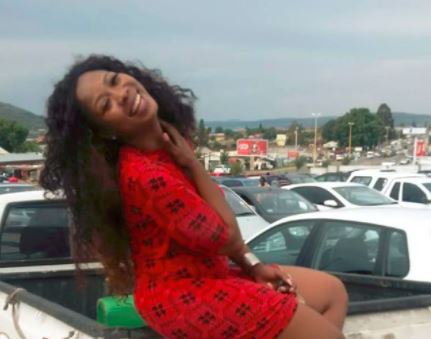 Skolopad lists Brenda Fassie as one of her icons.
Image: Via Instagram

Skolopad is just as excited as the rest of Mzansi that there is a Brenda Fassie biopic in the works, and plans to definitely give the auditions a shot.

The entertainer told TshisaLIVE she never considered acting but for Brenda Fassie, she would audition.

"I love Brenda Fassie, I always say that her and Lebo Mathosa are two of the greatest musicians. When I saw yesterday that there's a film about Brenda (in the works) I was so excited, I am not an actress, I'm a singer but with that being said if there's open auditions, I would give it a shot."

Skolopad said she knew SA already had someone in mind for the lead role, and agreed with Twitter that actress, Brenda Ngxoli would embody the iconic musician brilliantly.

"I also think Brenda Ngxoli would be amazing as Brenda, she has that 'thing'. In fact I thought it was already set that she would play Brenda, I know she is very talented. That woman can bring any character to life, I just haven't heard her sing though."

The film is being made by a UK-based production company, Showbizbee and will be written and directed by Edward W Shaw.

"My mother Brenda has been surrounded by controversy in her life and even in her death. It is with great excitement that we have partnered with  Showbizbee Film Productions to make the Brenda Fassie movie for box office release in 2018," Bongani Fassie told Sowetan.

After being told to change her appearance to be more "celebrity like", actress Mona Monyane has some strong words about women being pressured to look ...
TshisaLIVE
4 years ago

Rapper Cassper Nyovest was left shocked and confused on Thursday evening after a fan requested that he come "fertilize something" of hers.
TshisaLIVE
4 years ago

Twitter welcomed polygamist Musa Mseleku and his four wives back to the small screen with open arms and are hoping that they will get answers to some ...
TshisaLIVE
4 years ago

This is a summarised version of Unathi Msengana's prayer as she prepares to embark on her biggest fitness journey yet and attempts to summit Mount ...
TshisaLIVE
4 years ago