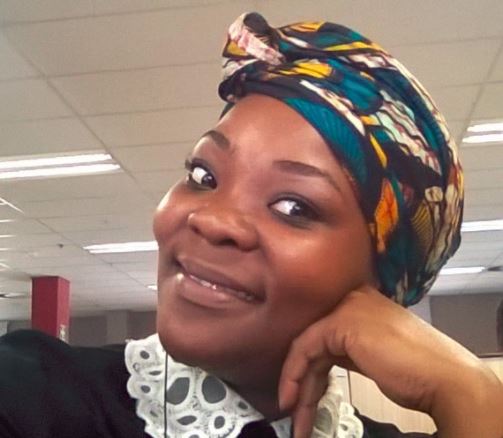 Forex agent Bathabile Ngubeni has been challenged by social media users to claim her "birthright" to play the role of the late Brenda Fassie in an upcoming biopic of the iconic musician.

Bathabile's striking resemblance to Brenda Fassie has had people mistaking her for the famous songstress all her life.

She explained to TshisaLIVE that she has been "Brenda all her life" and was going to take a shot at portraying the iconic singer in her biopic.

"Nobody uses my real name, so I go by the name of Brenda. I've been Brenda all my life and because of how much I look like her, I have just embraced it as my own name. Someone noticed the other day that my access card at work has the name Brenda and the person was like, 'yasss Mabrrr'."

Bathabile said people started tagging her on Twitter and told her she should audition.

"Look, I am literally like a kid who got an assignment. This is my assignment. I have been doing research and look, I am going to try my luck. If it is not meant to be then that's also fine, but I would have tried and I am going to have fun."

Bathabile said although she believed the controversial singer was her "spirit animal,"  she wasn't as confident in her singing ability but that would not stop her.

"The funny thing is, honestly speaking I can't really hold a note for nothing. I can sing in a choir or just casually but I can never call myself a singer, not at all."

The 29-year-old, was born in KZN and considers herself a village girl. Bathabile said as far as she knew she was not related to the the late Vulindlela hit maker, but admitted that she's felt "adopted into the Xhosa culture" because of the attachment to her name.

"I speak Xhosa fluently but that's because I've been fascinated with the culture from a young age. I went on to befriended Xhosa people and their culture is beautiful."

Bathabile said she's been blasting Too Late For Mama and Ag Shame Lovey  all weekend and was bursting with excitement over the possible chance to change her life.

As he once again attempts an explosive comeback into the music industry, Clint Brink has slammed suggestions that he is no longer relevant and trying ...
TshisaLIVE
3 years ago

MTV's hit reality show Siesta Key has taken the world by storm and made cast member Juliette Porter one of the most recognisable faces on the ...
TshisaLIVE
3 years ago

Actress Mona Monyane is back with her spicy yet hilarious social media videos that will leave you in stitches.
TshisaLIVE
3 years ago