Pearl slams EFF H&M vandalism: Just misrepresent us all as savages then 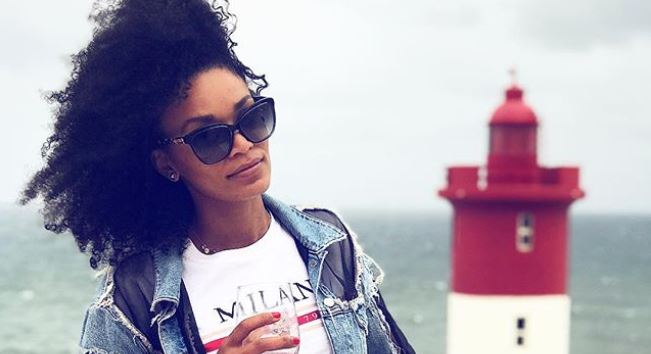 Pearl Thusi has split fans with her views on the EFF's vandalism.
Image: Via Pearl Thusi's Instagram

Actress Pearl Thusi has added her voice to the debate around a decision by the EFF to vandalise several H&M stores over the weekend, questioning if their plan was to spread fear and violence to get their way.

Protesters broke windows at an H&M branch at the Menlyn Park shopping centre in Tshwane‚ leaving an entire floor at the centre shut down. There were also reported incidents of vandalism at Clearwater Mall in Johannesburg, Sandton City and Mall of Africa while EFF members held a peaceful demonstration at the V&A Waterfront in Cape Town.

The protests came after an advertisement by the company showed a black child in a green hoodie written: “Coolest Monkey in the Jungle”.

Speaking after protesters stormed the clothing store, EFF spokesperson Dr Mbuyiseni Ndlozi said that the party's action would not be the last against alleged "racial institutions".

"Every single racist institution will be visited by the red brigade to ensure there are consequences to any denigration of the black race!  EFF protest against H&M is not the last one."

"So instead of fighting at their level you’re just going to vandalize stores and establishments? Spread violence and fear? Oh, ok. Just misrepresent us all as savages then."

She went on to slam the incident but later shaded the DA for claiming that the EFF should be made to pay for the damage caused.

"The DA needs to relax. They’re like an annoying ex. Omg," she wrote in response to a statement from DA national spokesperson Refiloe Ntsekhe.

Pearl's comments split her followers, with some accusing her of looking for attention by commenting on politics when she was an entertainer.

@MbuyiseniNdlozi Pearl are slaves of these companies, she is defending her master

Bo pearl are trying to secure few deals,and acting like activist here on Twitter but never been on the ground..

@PearlThusi people have been making racist statements for a long time and we keep expressing how sad we feel but they still don't get the message. How then must we fight the racists?????????

Of course it's not representing you, and your Privilege. Busy being the gate keepers of racist capitalists with always responding with modesty to derogatory terms.

Dear sisters! We are in the revolution here. We can’t continue to be cry babies, we are resolving our own problems in the manner we see fit please!!!!!

Yaz nawe Pearl we don't want to be allergic to you please don't supplement our anger.

As he once again attempts an explosive comeback into the music industry, Clint Brink has slammed suggestions that he is no longer relevant and trying ...
TshisaLIVE
3 years ago

Actress Mona Monyane is back with her spicy yet hilarious social media videos that will leave you in stitches.
TshisaLIVE
3 years ago