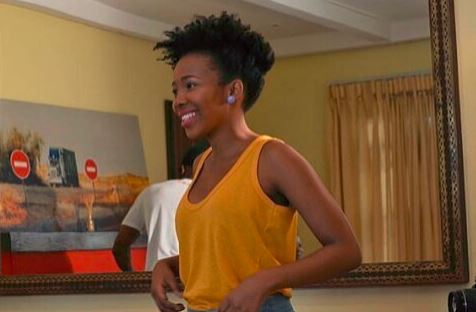 Actress Zimkhitha Nyoka is grateful for her blissful entry into the acting world.
Image: Via instagram

Even though the entertainment industry isn't a walk in the park and is riddled with horror stories for young females, actress Zimkhitha Nyoka has nothing but gratitude for the 'good guys' who have helped her along the way.

Speaking to TshisaLIVE the actress, who has featured in productions such as Mutual Friends, Gold Diggers and Isithembiso, explained that her journey as an actress has been lovely despite the horrible stories she often hears.

"(My journey) has been quite lovely. This industry has been forgiving towards me really. I've been learning, I've been getting employed, getting bigger and better roles, meeting amazing people and working with amazing directors and crews. It almost makes me scared because that my journey has been too good to be true, like one day it all will go bad."

Zimkhitha acknowledged that in an industry where many female actors have faced some sort of sexual harassment or advances, she was lucky to have had a blissful journey so far.

She gave props to the cast and crew of Mutual Friends, on which she made her debut as Badanile, who she said made sure she was safe as an artist and as a woman.

"I have been blessed to work with people that are protective of me and just making sure I am aware what people are allowed to say to me or what is expected of me. I know that these things happen and I will never take away from the seriousness of that fact. I am just an example that although there may be a few, they (good guys) exist."

The 25-year-old said although she initially didn't want the responsibility that comes with being a famous, she has embraced it because of the influence she has on young girls.

"At first, I didn't want that for myself...all that responsibility. But then I realised that I am not that bad of a role model and perhaps I am needed. We in a world where everyone really just wants to belong somewhere. I know a lot of young girls from the rural places that keep looking for people like them on Instagram but they don't find them. Then they resort to trying to change themselves to be what they see. Maybe they need to see someone who is just like them, I receive the responsibility of being a role model with pride, I love it."

Zimkhitha is currently on the small screen, playing the role of Sibulele Nginda on the new Mzansi Magic drama, Nkululeko.

Almost three and a half years after footballer Senzo Meyiwa's death, his family is still struggling to raise enough money to finish the house the ...
TshisaLIVE
3 years ago

Minnie Dlamini has strongly slammed rumours that she and her hubby, Quinton Jones have been experiencing trouble in paradise.
TshisaLIVE
3 years ago

Emtee is looking forward to becoming a dad for the second time, saying he felt this time should be a lot more easier because of lessons learnt, ...
TshisaLIVE
3 years ago