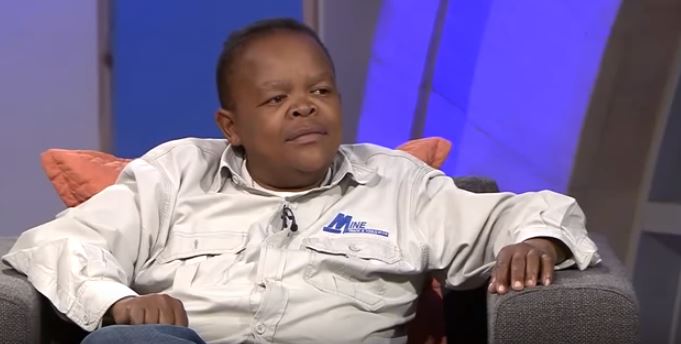 Several years after a failed attempt to launch a music group, actor Alfred Ntombela has  launched a solo music career, with an album due to be released in the next few months.

The star of several Leon Schuster films told TshisaLIVE he has been hard at work putting the finishing touches to the album and is determined to make it big in the music industry.

"I have always had a passion for music and so when I am not acting, I like to make music. I tried to form a group in 2014, but it was never marketed properly and so it never went anywhere. I was a little discouraged by it but I met this (producer) Anaconda and he convinced me to give it a go."

Producer Calvin "Anaconda" MacDonald has recorded most of Alfred's album and was originally brought in by Alfred to help launch his partner Mpumi Sithole's fledling music career.

"My partner is an amazing singer and we have recorded some songs together," Alfred added.

Calvin said he was confident of topping the charts with Alfred because the pair were "bringing back kwaito" in an age when the genre was struggling to survive.

"Even though some people may not recognise Alfred anymore, he is still a legend. Together we are the kings of kwaito and are channeling the spirit of Mandoza. We have recorded songs for the people and they (the people) will see that we are serious. They will see that he (Alfred) has talent and will bring back kwaito."

The actor said he has been focussing on music and getting the right role.

"The rates in the industry are not good and so I have to look at different ways to push my talents and crafts. Taking time off for music was part of that."

Almost three and a half years after footballer Senzo Meyiwa's death, his family is still struggling to raise enough money to finish the house the ...
TshisaLIVE
4 years ago

Emtee is looking forward to becoming a dad for the second time, saying he felt this time should be a lot more easier because of lessons learnt, ...
TshisaLIVE
4 years ago

Minnie Dlamini has strongly slammed rumours that she and her hubby, Quinton Jones have been experiencing trouble in paradise.
TshisaLIVE
4 years ago