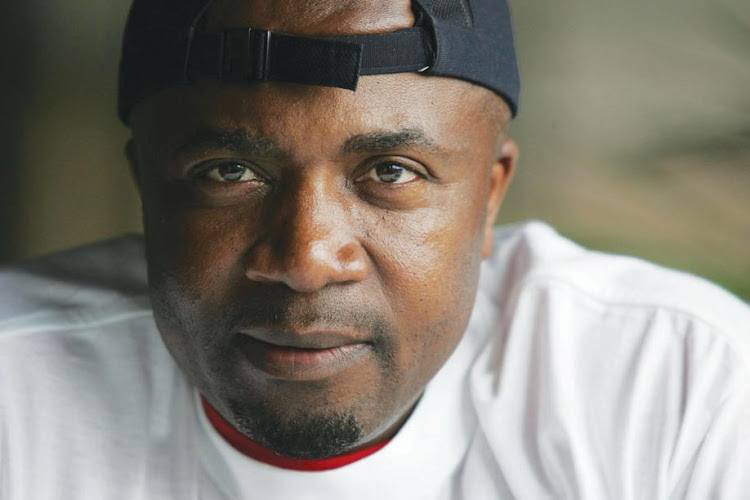 Chicco Twala has spoken out about the controversy around the upcoming Brenda Fassie film.
Image: Supplied

Veteran musician Chicco Twala has questioned Bongani Fassie's character and intentions, as a feud over the production rights of an upcoming biopic about the late  Brenda Fassie heats up.

Chicco has vowed to head to court to stop the film from going ahead after claiming he owned the rights to Brenda's music and any movie about her life. Speaking to TshisaLIVE this week the producer claimed he was told about the film late last year, but was later excluded from the project.

Chicco claimed that he gave Bongani over R200,000 in February last year to get him out of financial troubles, only for Bongani to allegedly return a few weeks later and ask him for more money.

When Chicco allegedly refused, the pair had a disagreement, which he believes may have fueled Bongani's decision to exclude him.

"He is trying to play the victim. He knows where the money went. He knows the money went to drugs. I am not a drug addict, I do not drink. I do not smoke. I am very responsible. These people chow money recklessly and they want money for drugs. It is not fair."

Bongani's manager denied the star had taken money from Chicco and that any money he was given was owed to him from Brenda's estate.

"Bongani is not a child. He is a grown man. He (Chicco) is trying to discredit Bongani and it is a cheap ploy," Vaughn Eaton of Legaci Nova Entertainment said.

Vaughn said that Chicco did once hold the rights but an agreement stating this was terminated was sent via a fax last year, while Chicco claims the agreement was still in effect.

Chicco claimed that his legal challenge was not about making money from the film but about making sure Brenda was portrayed correctly in it.

"It is not about the money. I am not against them shooting the film. Even when he told me about the film with a UK company, I told him we can make a great film together. But I was not consulted. I don't want the money. I don't want a cent of it. I just want Brenda to be represented properly and not painted in the wrong light. They don't know anything about her. The people who were close to her and could give the truth about her life must be involved. If she died of drugs, let's not say she died of asthma," Chicco said.

He confirmed that his lawyers were serving the producers of the film with legal papers to stop the film going ahead and said that he would not back down until they include him or scrap the project.

"If they want to talk, I will talk but remember that I own a large majority of her music and I won't allow them to use any of it in the film. I am not trying to stop the film, I just want them to do it properly."