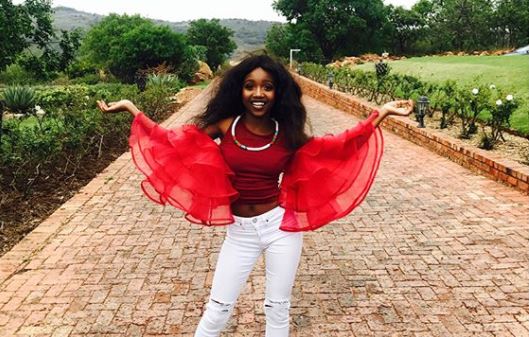 Nomvela has drawn strength from the memory of her late aunt.
Image: Via Nomvela's Instagram

Several years after opening up about her hospitalisation with anxiety, bipolar and depression, Scandal! actress Nomvelo Makhanya says she is in a better space and loving her role as the mischievous teen Lindiwe Ngema.

Nomvelo told TshisaLIVE that even though she still struggled with the condition that put her in hospital for three weeks in 2016, she was able to cope better by staying true to herself and her feelings.

"I am in a much better space. Some days are better than others but I am doing better because I have learnt to make myself be present in the moment. I allow my feelings to overwhelm me if they have to. If I am sad, I will be sad. If I am happy, I will be happy. I stay true to myself now."

Nomvelo's story grabbed headlines and also led to an outpouring of support for the young actress. She said it also taught her not to assume she was alone in her battle.

"My DMs are filled with people sharing their struggles and challenges. It is humbling to think that I can make a difference in their lives. I think it is really important that we start talking about depression, especially in black families. Depression is something that is not talked about, it is the devil, and because we don't talk about it, it affects us more. Talking about it helps."

She reflected fondly on her late aunt, who died in 2015, and said she kept a picture of her to remember the special moments they shared.

"She was my best friend. Even if the family was fighting, I would make an excuse to go spend time with her. She was my pillar of strength and I now work hard to make her proud. Somedays I cry but every night there is a star in the sky that I believe is her watching over me."

On screen, Nomvelo has been involved in several dramatic storylines, including a recent saga where she pretended to be pregnant to bring her neighbours close together.

"Sometimes I look at Lindiwe and think this girl is crazy. I don't understand her. She is always up to something. She has been the most fun to play and has helped me so much in my life."

Top Billing presenter Jonathan Boynton-Lee has registered a production company named after his best friend, Simba Mhere, who died in a car accident ...
TshisaLIVE
4 years ago