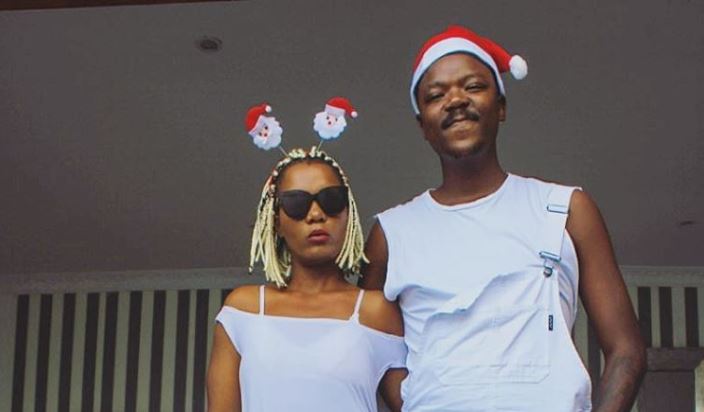 Tol Ass Mo and his family were on the island when a cyclone hit Mauritius this week.
Image: Via Tol Ass Mo's Instagram

The last thing comedian Tol Ass Mo and his family expected was to be caught in a cyclone while on holiday in Mauritius, but luckily they survived the ordeal.

The Mauritian weather service issued a warning to residents this week after it became clear that a cyclone was about to hit the island.

Cyclone Berguitta brushed the island on Wednesday, causing flooding and destructive gail force winds in the region. The impact of the cyclone was described by UK Express as "devastating".

Tol Ass Mo and his family were among those on the island at the time of the cyclone and his wife took to social media on Thursday to report that everyone was safe.

Posting a picture of Tol Ass Mo walking on a road after the cyclone, she thanked God for being with them.

"Mr Mahlangu in his Ethiopian kimono, taking a walk to dinner after a class 3 cyclone. But all is well because our God is an awesome God. He will never leave us nor forsake, she wrote.

Flights were expected to resume soon after scores of tourists were believed to be stranded at the airport following the storm.

Mr Mahlangu in his Ethiopian kimono Taking a walk to dinner after class 3 cyclone 😰 but All is well cause our God is an awesome God, he will never leave us nor forsake..... #mahlanguville #MyKing #live&learn

Scandal! actor Brighton Ngoma has revealed that he decided to tie-the-knot to his long-term partner because the birth of their son had awoken them to ...
TshisaLIVE
4 years ago

Although Renate Stuurman is one of the most well-known actors in SA, she disappears for long periods from the small screen because she thrives on ...
TshisaLIVE
4 years ago

As a musician working on releasing a 10 year anniversary album, Mobi Dixon has shared that he's grateful for years of experience that has taught him ...
TshisaLIVE
4 years ago