Zodwa on Uzalo cameo: I’m sharing a stage with SA’s most educated actors 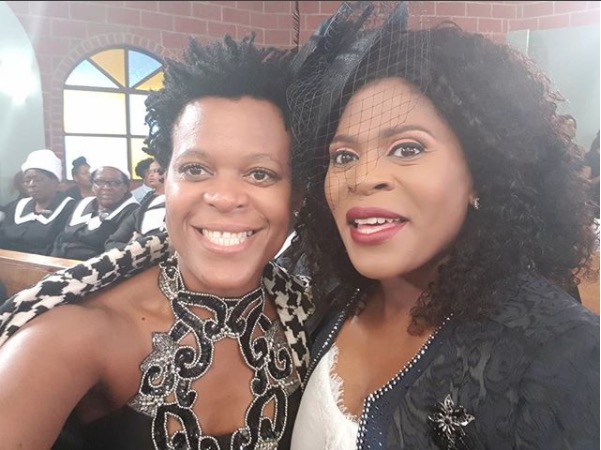 Zodwa Wabantu spent some time rubbing shoulders with cast of Uzalo ahead of her cameo on the drama series, which got her thinking about the importance of believing in your dreams.

The entertainer and dancer revealed to TshisaLIVE that she was invited by the show's producers to make an appearance on the show.

"I am not an actor but I was invited and am happy about it. Maybe it will open more doors for me."

While taking pictures with thespians like Baby Cele and Nokuthula Mabika, Zodwa realised that believing in her dreams led to the moment.

"Most actresses in SA are educated and I, Zodwa Wabantu am not educated, but look at me. I'm sharing the stage with the most educated artists in the industry. So go after your dreams, don't let anyone stop you. I'm educated."

Here's what went down behind the scenes:

I take my own time to like or talk to a person,you've been the same from Day one. I have a reason to say i know you,its all here in this pic @nocxymabika ❤❤❤❤❤❤

Education,im from Poverty to Zodwa Wabantu to being a guest on TV series. Well im not you guys & i wont be😂😂😂😂😂😂 kodwa im hungry kakhulu for money look at Me🙏

This Women will teach me ngenkani,are you surrounded by Wise Women @mhlabahlengs @ladydkhoza @thobekile ohhh yes i have their cell numbers❤❤❤❤❤❤❤💡i dont surround myself with Fame,i take alot from a person that opens up to me🤝