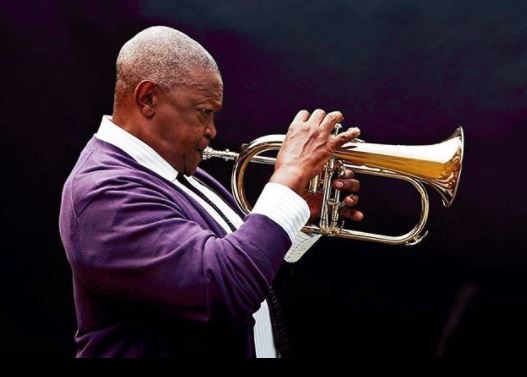 Hugh Masekela was a musician and an activist.
Image: Via Instagram

Hugh Masekela will forever be remembered as a legendary musician, but his activism will also never be forgotten.

During an interview on BBC in 2015, Bra Hugh held nothing back when he spoke about South Africa, politics, land and economical freedom.

The interview took place in the wake of the #RhodesMustFall protests at the University of Cape Town and Bra Hugh shared his views on the issue.

Bra Hugh also spoke about how he thought the situation in SA was brought about by a "one-sided reconciliation".

"Nothing much has changed in South Africa except that we vote but economically we don't own the country as a people who were oppressed."

Bra Hugh, who was 78 years old died on Tuesday morning surrounded by loved ones after a lengthy battle with prostate cancer.

Ever since news of Bra Hugh's death emerged there's been an outpouring of tributes from fans, friends and high-profile personalities from around the globe.

It's evident that Bra Hugh touched the lives of millions and has left a lasting legacy.

Music legend Hugh Masekela was bedridden and apparently in need of oxygen in the days leading up to his death, leaving concerned friends, family and ...
TshisaLIVE
4 years ago

I hope we become the Africa you will be proud to look over, Bra Hugh

Bra Hugh didn't need to do media interviews, everyone knew that... his music, accolades and contribution to the dream of a rainbow nation spoke ...
TshisaLIVE
4 years ago

Black Panther actress Connie Chiume says she was surprised when she was told her popular Rhythm City character Mamokete was being cut from the soapie.
TshisaLIVE
4 years ago

In the weeks leading up to his death, Hugh Masekela was bedridden and apparently in need of oxygen, which led concerned family members to rush to his ...
TshisaLIVE
4 years ago

Even though songstress, Yvonne Chaka Chaka has been left gutted by her friend, Hugh Masekela's death, she will forever treasure the fond memories she ...
TshisaLIVE
4 years ago