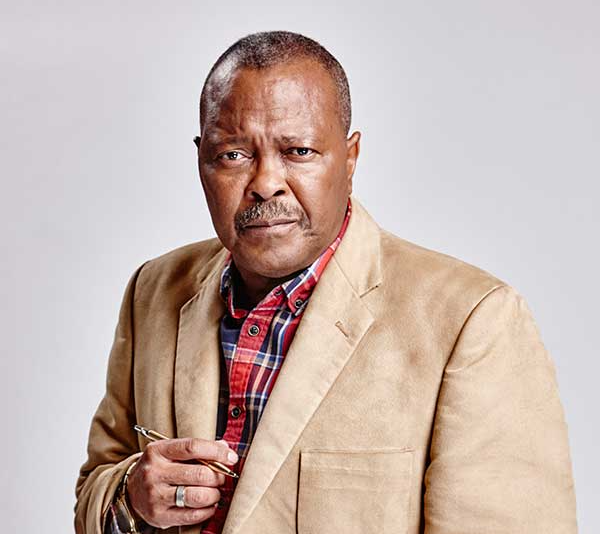 Veteran actor Sandy Mokwena was frail but resolute as he made his way onto set last week for what would become his final scene on SA television.

The former Yizo Yizo, Generations and Scandal!  star died at a Johannesburg hospital on Wednesday of natural causes.

Those close to the star said he fell ill in the weeks leading up to his death and was frail when he arrived on set to shoot his scenes.

He shot one of his last scenes last week with actors Kagiso Modupe and Brighton Ngoma and had to be assisted on and off set.

"You could see that he wasn't well and was struggling but he wanted to be there and more than anything wanted to fulfill his passion of acting. It was inspiring to see him. His body was weak but his mind was still very sharp," Brighton said.

Kagiso said Sandy did not forget his lines or stumble through the scene.

"He was very professional. He didn't fluff his lines once, he remembered everything. It gave me hope to see him. He was smiling and joking. We knew he was sick but I had hoped he would be fine."

Kagiso said he was shocked to hear of the actor's death on Wednesday.

"He was positive and had a glitter in his eyes so I thought he would be okay. Little did I know that it was his last, his grand farewell."

As news of Scandal! actor Sandy Mokwena's death spreads on Thursday morning, an outpouring of tributes have filled social media.
TshisaLIVE
4 years ago