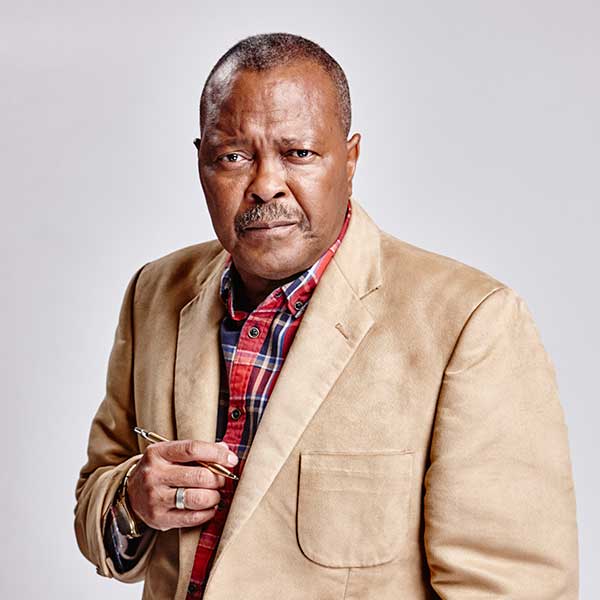 As news of Scandal! actor Sandy Mokwena's death spreads on Thursday morning, an outpouring of tributes have filled social media.

The veteran actor who was popularly known as Bra Eddie was the soapie's longest standing cast member.

Mokwena died in hospital on Wednesday night of natural causes.

e.tv publicist Michael Pocock told TshisaLIVE that Mokwena was ill a few months ago but that it didn't "raise alarms" at the time.

"e.tv is deeply saddened by the news and our condolences go out to Sandy’s family and the cast and crew of Scandal! Sandy Mokwena has been part of Scandal! since the first episode which aired in January 2005," read a statement from the channel.

Michael said that the actor's family and colleagues have been left shocked by his death.

Mzansi took to social media to offer their condolences and reminisce about Mokwena's contribution to the entertainment world:

We extend our deepest sympathies to the family, friends & colleagues of veteran actor Sandy Mokwena who has sadly passed on. As early as 1972 he embarked on a world tour with the cast of the musical "Ipi Tombi". He later played roles in Scandal, Generations, Soul City & Yizo Yizo pic.twitter.com/xWkadZ9pUr

Legends keep falling, 2018 has a bad start already. 😢😢
It was Bra Hugh and now it's Sandy Mokwena aka Bra Eddie.
Rest In Peace#RIPBraEddie pic.twitter.com/6rTQFKqmfG

In 2010 I had the opportunity to work with Bra Sandy Mokwena best known for his role as Bra Eddie Khumalo in the @etv soapie @etvScandal I’m so saddened by the devastating news 😭.#RIPBraEddie#etv pic.twitter.com/ng81adfBCh

SA actor Luzuko Nteleko has just finished shooting a LGBTQ US drama series starring US star Milan Christopher and he gushed about being part of a ...
TshisaLIVE
3 years ago

'Twitter was right'- Gigi Lamayne's looking for a stylist

After being insulted and body shamed over her dress sense on Twitter, rapper Gigi Lamayne has decided to turn the criticism into a positive by ...
TshisaLIVE
3 years ago

Musician Junior De Rocka has reassured fans that he is well and on the road to recovery after being admitted to hospital this week with bruising to ...
TshisaLIVE
3 years ago

Miss Universe Demi-Leigh Nel-Peters arrived at OR Tambo International Airport on Wednesday morning to a frenzy of media and excited fans.
TshisaLIVE
3 years ago