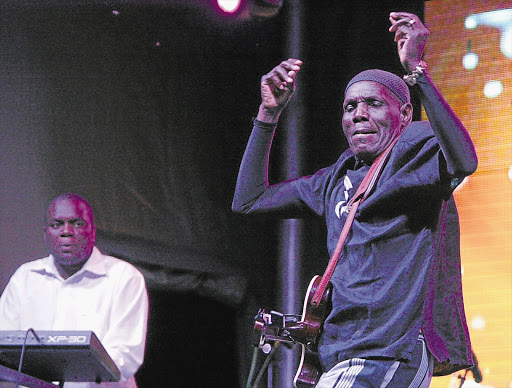 Legendary jazz musician Oliver Mtukudzi, who already has 66 albums under his belt is ready to give fans his 67th offering that is packed with "life lessons and an Oliver sound".

The 65-year-old told TshisaLIVE that the most significant thing about his upcoming album, Hanya'Ga (Concern) was the message.

"I looked for a sound the guitar couldn't make in a guitar, that is how I learned to play the guitar. Professional guitarist at the time use to laugh at me. I used to look for a mbira (music instrument) on the guitar strings, I've always been experimental. But it was a blessing in disguise because I went on to pioneer a sound that was later labelled Tuku music."

Tina Jaxa 'digs deep' to bring her characters to life

It's been over 20 years since Tina Jaxa first graced the small screen but her deep love for acting has kept the fire burning inside and motivates her ...
TshisaLIVE
4 years ago

Before last week, Senzi Mathaba had no Twitter account and no idea that a video she created would go viral, making her popular phrase "Ungdvdyelani ...
TshisaLIVE
4 years ago

Jimmy Nevis is not too worried about chart success

He may have dominated local pop charts for several years but as Jimmy Nevis prepares to launch a massive musical comeback, he said he is not ...
TshisaLIVE
4 years ago

Bra Hugh's manager Josh Georgiou is gutted by his death: 'I lost my friend and my teacher'

Hugh Masekela's longtime manager and friend, Josh Georgiou struggled to fight back tears as he spoke about the gaping hole in his heart when he ...
TshisaLIVE
4 years ago

Sbahle on her relationship with Itu: 'We are just hanging out'