Isidingo’s Motlatsi: I don’t earn enough to live the ‘fab life of a celeb’ 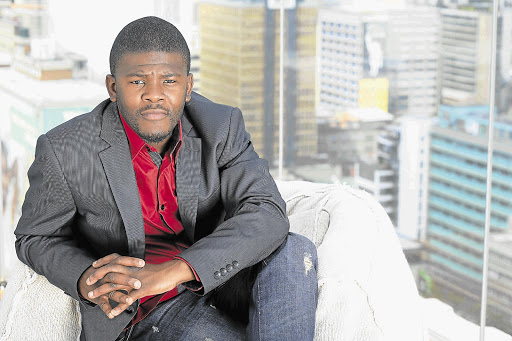 After going through financial troubles that led to depression a few years ago, actor Motlatsi Mafatshe made a firm decision to be more calculated with his finances.

The actor who is popularly known for his role as Sechaba on Isidingo also admitted the his salary didn't allow him to live the "fab life of a celeb."

Speaking to Metro FM's Rams Mabote this week, Motlatsi was asked about whether he was earning enough cash for his TV roles, to which he responded: "Not enough. Enough to get by, but not enough to live the life of a celebrity."

He told Rams he was cautious to buy on credit because of a time he went broke. The actor also revealed that just before he landed the role on Isidingo he was frustrated and found himself dealing with depression.

"When I started I spent two years without work. I did one show for nine months and was getting paid but I blew that money and came home with just peanuts. Then I didn't work for a long time and I was very depressed. Actually, that is how I got the role of Sechaba."

The star said he learnt to be more calculated with his decisions since marrying his childhood sweetheart Millicent Nkangane and welcoming their first child in 2016.

Shortly before his son's birth, Motlatsi took to social media to gush over how the couple had always joked about having a child.

"Five years ago, I remember we used to joke around and say one day our son Lefa would be joining the best family in the world. We forgot about it and now God just reminded us about the power of the tongue. No matter how long it takes or how far it may seem. If it’s meant to be it will be."

The announcement that award-winning musician Chance The Rapper is headed to Mzansi in April has left Twitter in high spirits.
TshisaLIVE
3 years ago

After recording the theme song for the latest season of hit reality TV show Tropika Island of Treasure, media personality Katlego Maboe is gearing up ...
TshisaLIVE
3 years ago