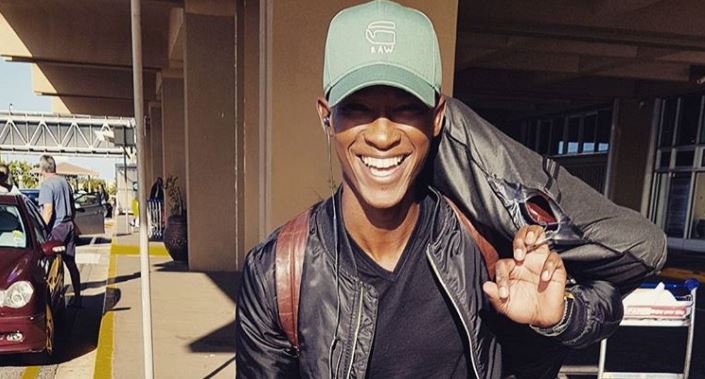 After recording the theme song for the latest season of reality show Tropika Island of Treasure, media personality Katlego Maboe is gearing up to launch a solo music career.

The Expresso presenter first showed his musical talent as a member of acapella group Flip A Coin but told TshisaLIVE that after spending several years away from music he was ready for a return.

Katlego revealed he was currently in studio writing and recording a single, which he hoped would be released and played on radio in the first half of the year.

"It is the year of music for me. I really want it to be so. I know how challenging it will be to balance music and presenting, and fitting in a full music career into my already busy work schedule. This is a maturing of Kat and I have to work hard."

He said that he was taking music one step at a time and had no concrete plans for an album just yet.

"An album takes a while and a journey of self-discovery and honesty. It is the artists that have done that which really inspire me. I am still on that journey so we will see what sound comes from it."

Away from the cameras and studios, Kat will also be welcoming a baby boy later this year.

He said that he was overjoyed when he found out he and his partner were expecting.

"I was like: 'Oh my word! This is actually happening. This is that next step.' Our families are very excited and we cannot wait. Someone told us that a child is an inheritance from God and we think that is a beautiful way to describe the gift we are being given. We will treat it as such and we are grateful for it."

Take a listen to his song, Smoooth Fame, recorded for Tropika Island of Treasure.

The family of late acting veteran Sandy Mokwena are still struggling to come to terms with his death and are in "deep mourning" as they prepare to ...
TshisaLIVE
3 years ago

Riky Rick on Bra Hugh's death: We didn't get a chance to complete our project

Riky Rick has revealed that he had the honour of working with Bra Hugh Masekela before his death, but is saddened that their project was not ...
TshisaLIVE
3 years ago