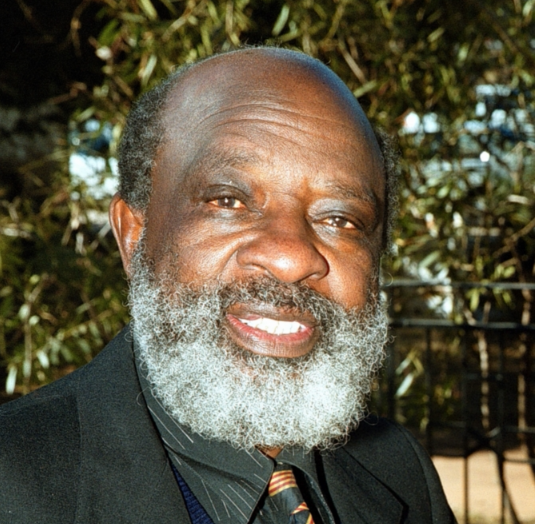 Actor and director David Phetoe died in hospital on Thursday.

The death of David Phetoe awakened a wave of nostalgia across South Africa as fans remembered the veteran actor's good ol' days as Paul Moroka on Generations.

David's family confirmed to TshisaLIVE on Thursday evening that the veteran actor died in hospital at age 85. His son, Eugene Phetoe said he was taken to hospital earlier on Thursday after he fell ill.

"He was sick at home and we took him to hospital. He died this afternoon," he said.

Although David has done impressive work on the theatre stage, it was the irreplaceable role of Paul Moroka on Generations that cemented his name in the acting industry. It was through playing the role of Karabo and Archie Moroka’s (played by Connie Ferguson and Sello make ka-Ncube) father that South Africa was truly exposed to David’s talent.

His character, Paul, was a hardworking black man who worked tirelessly to build an empire for his children.

Paul's advertising company, New Horizons, lead to his family being rich and his children being spoilt despite his best efforts to raise them to know their roots. The storyline revolved around the powerful family led by Paul.

Generations was one of the first popular television soapies in a democratic South Africa. It was also one of the first soapies to depict black people who had ambitions, great jobs, suburban houses and lived successful lives.

An ideal, all black South Africans were looking towards at the time.

Paul as the head of the house, became the father figure to most black South Africans who would gather in front of the small screen daily to escape their often turbulent realities.

He was a fictitious man, in a new Mzansi who managed to build a legacy and to still guide his children onto the right path. That is how David won the hearts of viewers across the country.

David found a firm place in people's hearts not only for the way he brought Paul to life, but for charismatic charm and the way he could switch between Setswana and English.

In the wake of his death those close to David have described him as a gentle giant with humility, and a wonderful spirit.

South Africa now grieves the death of yet another veteran, who had a hand in moulding the careers of many successful actors.

David's beloved character always dropped pearls of wisdom and perhaps this is a great time to reflect on them. They are after all, part of his great legacy.

Here is just one example of Paul Moroka's wealth of wisdom:

"Listen to an old man who's seen it all and is on his way out...make the most of the situation but don't forget to cherish your friends and family."

Watch the episode below (His scene begins at 2:08):

Priscilla reserves a mysteries gift from a stranger. Nstiki visit the Moroka's house with a message for Archie, while Paul and Buysan build a new relationship.

The family of David Phetoe has confirmed to TshisaLIVE that the veteran actor has died. His son, Eugene Phetoe, told TshisaLIVE the 85-year-old actor ...
TshisaLIVE
3 years ago

The Queen's Petronella is the latest TV character, who has been keeping people glued to to their TV sets every evening.
TshisaLIVE
3 years ago

Despite scooping 19 international awards, being shortlisted for an Oscar and receiving global recognition, you would think the creators of The Wound ...
TshisaLIVE
3 years ago
Next Article