Pastor Mboro: Day zero in Cape Town postponed because of my prayer 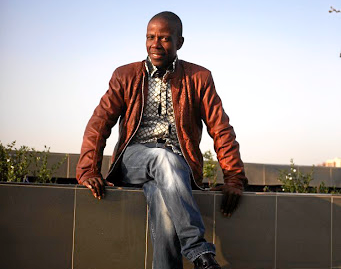 Pastor Mboro has called on South Africans to join him in a 90-day prayer for rain in Cape Town.

Speaking to TshisaLIVE, Mboro said God told him people had turned to scientists and forgotten the power of prayer.

"The spirit of God has revealed to me that people have forgotten that there is God. God gives us food, rain and healing. The shortage of rain is a sign that we need to remember that scientists and astrologists don’t have the answers, but it's only God who is the author and the finisher of our faith who has the final say."

Mboro said he had decided to embark on the prayer because he was taking a stand for the country.

The pastor said that his faith in God was previously proved when he prayed for rain in the Ekurhuleni district and in the Free State.

Mboro said he would arrive in Cape Town on Wednesday February 8 and planned to meet mayor Patricia de Lille.

"I want to pray for dams in Cape Town and prove that prayer works. On April 12, the dams will not be on 0%. They [anyone who has predicated that Day Zero will be on April 12] are not God. The problem is that they didn't consult God. To show how effective my prayer is, they have now moved the date from April 12 to May 12."

Mboro added that in celebration of his birthday on April 8, he wanted to give Cape Town a gift.

"I've asked God to give me a gift to change other people's lives."

Fam, if one thing is clear from rapper Nadia Nakai's web series, it's that you don't want to get on her bad side because she doesn't hold back.
TshisaLIVE
4 years ago

Even if you were having a bad day, you can be guaranteed of that changing when Carpo is around.
TshisaLIVE
4 years ago

In what can be dubbed as a rare interview, legendary musician Hugh Masekela sat down with TshisaLIVE just months before his death, in July 2017.
TshisaLIVE
4 years ago