'Totes over it!'- Twitter is tired of Yim Lo's school dropouts 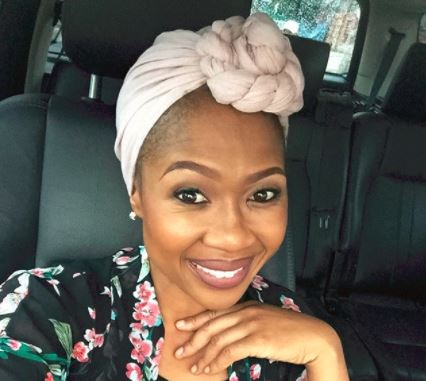 Dineo Ranaka's show has seen many people confess about dropping out of school.
Image: Via Instagram

Twitter is fed up with almost every second person approaching reality shows to confess about dropping out of school without their parents' knowledge.

Viewers realised much to their frustration that Dineo Ranaka's show Yim Lo, and many others like Big Secret, has seen more people confess about dropping out of school and spending the school fees on things their parents knew nothing about.

In last night's episode, Terror, confessed to his family that after "losing interest in school" he took the money they sent for fees and "invested" in a rapping career.

Although his family's reaction was surprisingly calm, most tweeps were not impressed.

Viewers tweeted that young people insist on breaking their parents' hearts and wasting their hard-earned money in the process.

Aunty wants to slap him back to uj #Yimlo pic.twitter.com/qmo5WNu1JM

Yazi nizofa guys! Your mothers are busy cleaning up after people in Scotland, sacrificing their lives to make a living to send you to school so you can have a decent life and you decide to chow school fees and be a musician #YimLo pic.twitter.com/MErX3QbWo3

So this dude takes money from parents athi uya eskolweni and used the money for his music dreams #Yimlo pic.twitter.com/jJ5GKgW5O3

The was a time when I thought about quitting varsity , but jus the thought of giving my a heartAttack made me to complete my studies . I love her so much .. I just couldn't hurt her that way . 😩😩 #yimlo pic.twitter.com/7vqOZd97hN

#YimLo maar parents, they will check your progress report from grade R to Matric maar as soon as you're in tertiary they step back. Mina if I'm paying fees for you I want to know how you doing. A year and a half a ja school fees! pic.twitter.com/YsUho0aSkY

Tjo Terror's family is sooooo chilled I swear if it was mine Pots and Pans were going to fly!!!
#yimlo pic.twitter.com/Lb7BpLL1sb

#yimlo shows that our parents expect a lot from us.. even though it's beyond our capability
And never give us a platform to express what we want pic.twitter.com/jzN6L45YO0

#yimlo Black families and forcing kids to pursue what they feel is right. pic.twitter.com/uO376jbsME

We should pray for parents to find a balance between guiding their children and yet still help them maintain their independence. I've across a couple of stories of teenagers either committing suicide or coming close to it because of this issue. #Yimlo pic.twitter.com/xsxlCAdu9T

I'm just sitting here shocked at how calm Terror's aunties are after his revelation....some of us wouldn't HV sat that close 😂😂😂😂#Yimlo pic.twitter.com/hByc2iJAhQ

Pastor Mboro: Day zero in Cape Town postponed because of my prayer

Pastor Mboro has called on South Africans to join him in prayer for rain in Cape Town, after he embarked on a 90-day prayer last Friday.
TshisaLIVE
4 years ago

Skolopad has come out to clarify that her recent tweets about Ben 10s was not a jab at Zodwa Wabantu and that she was merely speaking from experience.
TshisaLIVE
4 years ago

Sorisha Naidoo on skin bleaching: 'I was becoming too white'

Sorisha Naidoo, who was once an advocate for skin-lightening products and shared her journey openly with the public, has for the first time opened up ...
TshisaLIVE
4 years ago

Fam, if one thing is clear from rapper Nadia Nakai's web series, it's that you don't want to get on her bad side because she doesn't hold back.
TshisaLIVE
4 years ago

Lerato Kganyago: Everything that matters is finally falling into place

It's been almost a decade since Lerato Kganyago has been in the industry and now she has bagged her first SAFTA nod, telling TshisaLIVE that she is ...
TshisaLIVE
4 years ago