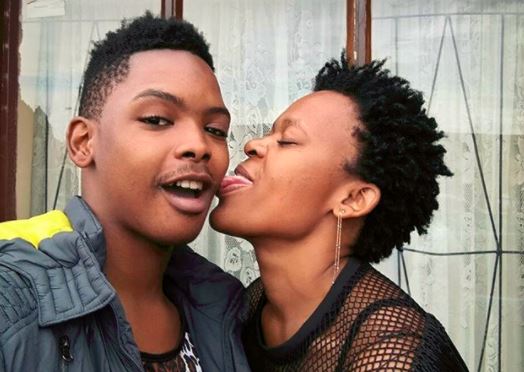 Zodwa is smitten with her boyfriend but won't be pressured into anything by fans expectations.
Image: Via Instagram

Even though Zodwa Wabantu keeps posting loved-up images of her and and bae, the dancer has told TshisaLIVE that marriage is not for her.

Fans of Zodwa realised that the entertainer is posting more and more pictures of her Ben 10, whose apparently goes by the name Bob.

They asked Zodwa on social media if things are getting serious, considering the entertainer had initially said "he's fun but not husband material."

"I love and care for him. I mean, I am dating him. Posting pictures doesn't mean anything has changed. Yes, we're having fun together and things are the same way they were when we began."

The entertainer explained that posting pictures of her and bae didn't mean that the relationship had gotten "more" serious.

Instead she said she was just trying to get people to see that although marriage still isn't on her cards, she was a one man woman.

"I realised everyday that people really don't know me. So every now and then, I want them to see who I really am. The thing is, people think just because I'm at clubs all the time and I always have a Savannah in my hand, I'm promiscuous That's not the case, I have one man at a time and right now I am happy with my man."

Zodwa also said her and bae would be going off to a secret romantic location for Valentine's Day and she would share the pictures so her fans can see "just how happy" she is.

"My boyfriend will be taking some off days form the bank so we can go and enjoy ourselves. We'll go somewhere private, maybe by the coast. We'll drive there and we'll enjoy ourselves and celebrate our love."

Fam, if one thing is clear from rapper Nadia Nakai's web series, it's that you don't want to get on her bad side because she doesn't hold back.
TshisaLIVE
3 years ago

Even if you were having a bad day, you can be guaranteed of that changing when Carpo is around.
TshisaLIVE
3 years ago

Ahead of the highly-anticipated South African premiere of The Wound (Inxeba), TshisaLIVE hosted a special pre-screening of the film which attracted a ...
TshisaLIVE
3 years ago

Itumeleng Khune and Sbahle Mpisane are love goals on a whole new level.
TshisaLIVE
3 years ago

In what can be dubbed as a rare interview, legendary musician Hugh Masekela sat down with TshisaLIVE just months before his death, in July 2017.
TshisaLIVE
3 years ago