Mpumi deals with heartbreak through music: I thought my world had ended 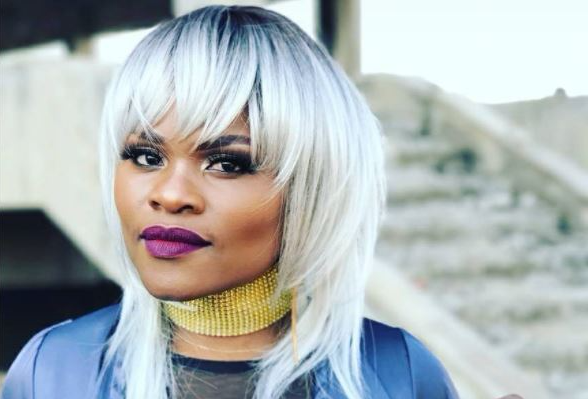 Mpumi has captivated audiences with her smooth vocals.

Umoya songbird Mpumi Somandla has reflected on the heartbreak of losing a partner she thought was her "eternity", telling TshisaLIVE that she was not able to speak about the break-up for almost a year because of the pain and betrayal she had been put through.

After months of fighting with her emotions, Mpumi decided to put her feelings into song and released it as her latest single Izulu.

"You think that this person is the one and you will spend eternity with them. Nothing else in the world matters, but that person and you feel like without them you are nothing. Then it all comes crashing down and the pain is just too much. I went through all of the emotions you can imagine and thought my world had ended. The only thing I hadn't tried to help me heal was music. I did that and now I can finally make sense of everything."

She hoped that in speaking about her pain, she would be able to help other women who had gone through the same.

"It is a healing process that is better shared. I don't want to go back to that place where I was not present in the moment and where I felt like a part of me was broken."

She learnt to love herself, which she said allowed her to find new love.

"I have found love again and I am happy."

Mpumi is hoping to include the song in her upcoming second album, the follow-up to her 2016 debut The Birth of Mpumi.

"It hasn't been easy breaking into the industry. I tried for years to get someone to listen to me. I was rejected by record label after record label and I just wanted to give up. I was confused because singing was my passion but I thought being a musician wasn't my calling. So, I decided that I would just sing. Even if I had to stand in the middle of the Market Theatre (in Johannesburg) and sing for one or two people."

It was only after she stopped "trying so hard" that she finally got a breakthrough. She recorded a song she thought wouldn't get much traction, but was picked up by producer Heavy K and made into Umoya.

"He worked very hard on that song. It really was the start of something massive for me and I am grateful that it hasn't really stopped."

Mzansi still shook over that Gigaba and Kendrick Lamar moment

When President Cyril Ramaphosa quoted Hugh Masekela's song, Thuma Mina (Send Me) in his maiden state of the nation address, the clip went viral and ...
TshisaLIVE
4 years ago

WATCH: 3 times politicians used song lyrics to get our attention in parly

There's no denying that Parliament is one of the most lit places on Mzansi soil, but every now and then, politicians go the extra mile for the spice. ...
TshisaLIVE
4 years ago

Nadia Nakai slams Isidingo: I am not embarrassed when I don't have make-up on

Nadia Nakai is here to set the record straight: She isn't embarrassed when she isn't wearing make-up and she sure as hell will continue living her ...
TshisaLIVE
4 years ago