Pregnant at 40! Thembi Seete is going to be a mom 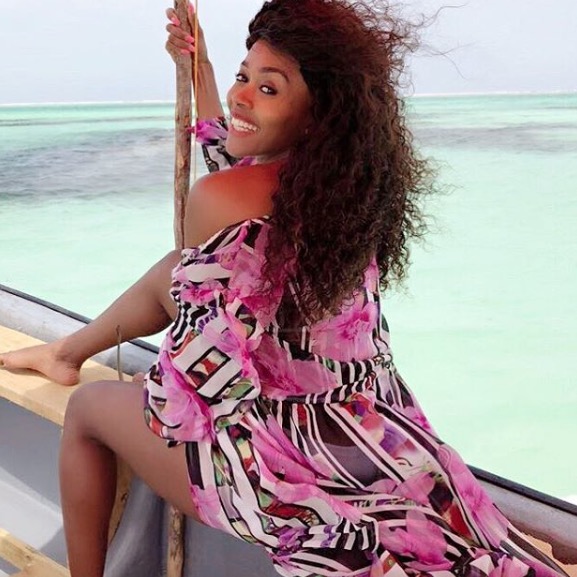 Thembi Seete is going to be a mom.
Image: Instagram

TshisaLIVE can confirm that Thembi Seete is pregnant with her first child and is preparing for the new role in her life: motherhood.

Rumours about her pregnancy have been doing the rounds for weeks and were further fuelled after she attended an event where she was unveiled as the new face of Pond's Age Miracle range.

She stole the show in a red Gert-Johan Coetzee dress and eyewitnesses who were there say her baby bump was clearly visible.

To the @ponds_sa #Unstoppable Ladies @basetsanakumalo @thee_sonia @zuraidajardine @azania_ @sureshnierider @theemrswillis @devashni_ganess 👸🏾💕❤️💐. We might not get a chance to meet all the time but I truly appreciate all of you. God has put together all my teachers, my guardians, my sisters and friends. He has put the most amazing team to walk this journey with me. It is rare to be teamed up with such power and poise. I look forward to working alongside each of you and I can not wait to store up every lesson I can. Ladies, thank you once again. We are the team that will change the narrative around beauty. We will guide our women in becoming unapologetically themselves and embrace their #Unstoppable spirits and beauty. This is a love that comes with no question and no expectations but just pure authenticity. I love and appreciate you all. Here's to @ponds_sa #Unstoppable Lessons, #Unstoppable memories and #Unstoppable growth

"She tried to hide it but there was no way you could miss the bump at some points," said one source.

Thembi told Drum magazine that she would not confirm or deny the rumours.

"In my culture we don't share information about the baby until it is born. The time will come when I am ready to share, but for now, let's just say 2018 is going to be an eventful year for me."

Insiders have told TshisaLIVE that Thembi couldn't be happier and is excited about this new journey.

"It's always been my dream to have a baby because I think I am ready for it. I'm calmer and every opportunity that's happening right now in my life is because I'm so peaceful. I'm so ready for it," she told Drum.

In October last year Thembi confirmed that she was single and dating after she split with her longtime fiancé, Bobo “Bo” Seritsane.

She told TshisaLIVE that she did not want to speak about the split as she is a private person but said she had met someone else and hinted at big news.

"A few months ago, I met someone. I have been dating and going on dates but I think there is something brewing, something amazing, that is going to come up with this one person."

Attempts to get hold of Thembi have been unsuccessful.