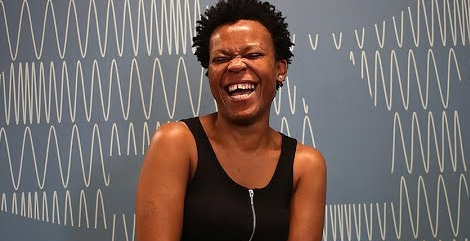 Zodwa Wabantu says people must just let her be herself in peace.
Image: TshisaLIVE

Zodwa Wabantu continues to enjoy the fruits of success and has declared war on anyone who thinks of trying to stop her progress.

The entertainer, who recently revealed that she's bagged two acting roles following her guest appearance on SABC 1's Uzalo, said she had her haters to thank for keeping her topical enough to land her name on producers' desks.

"My life is moving at such a fast but amazing pace. People, really established actors, decided to sit down and have tea with my name. I bet they didn't know that they touched the wrong name. Right now, I am signing contracts left, right and centre. It's because they spoke ill of me, thinking they are tarnishing my name but all the while they were making me relevant in their space," she told TshisaLIVE.

The entertainer, who has had public feuds with well-known actresses before said she hoped the artists knew that by saying anything about her, they motivated her to work harder for her guap.

Zodwa said her "continuous luck" was proof that she had the right forces on her side.

"I feel like the message here is leave me alone, like leave my name alone and let me do me in peace... because it will always come back to haunt you. Like if a DJ drags my name through the mud, I'll probably end up headlining their gigs instead of them. Same applies for presenters, models and whichever other people who think they are superior for reasons unknown to me."

Zodwa said although she was not afraid of calling out the people who spoke ill of her, she didn't want to burn bridges with the production.

"While I am not afraid of mentioning people who come for me, I opted to just say actresses because I respect the productions they work for. Just in case, I end up on Isibaya one day, they must know as a production that I respect them."

However, Zodwa sent a final warning to all artists who think they are "irreplaceable".

"People tend to think they are irreplaceable and I think that's dumb because I haven't even been here for that long but I know for a fact no one is irreplaceable. It's the industry way."

Mpumi deals with heartbreak through music: I thought my world had ended

Umoya songbird Mpumi Somandla has reflected on the heartbreak of losing a partner she thought was her eternity, telling TshisaLIVE that she was not ...
TshisaLIVE
3 years ago

Sho Madjozi has made a name for herself by remaining true to her culture, and is determined to continue shining the light on her "marginalised" ...
TshisaLIVE
3 years ago

Even though actor Sphamandla Dhludhlu is a heterosexual male in real life, he plays a homosexual in iKhaya and has experienced a glimpse of the hate ...
TshisaLIVE
3 years ago