Lupita's father Peter says the family sacrificed a lot for her and he couldn't be prouder.
Image: Valerie Macon / AFP

Lupita Nyong'o has the world eating out of the palm of her hand and her father Peter Ayang Nyong'o couldn't be prouder.

Pappa Nyong'o was in Zimbabwe last week for MDC leader Morgan Tsvangirai's funeral along with Kenyan opposition leader Raila Odinga. He spoke exclusively to TshisaLIVE about his daughter's success. 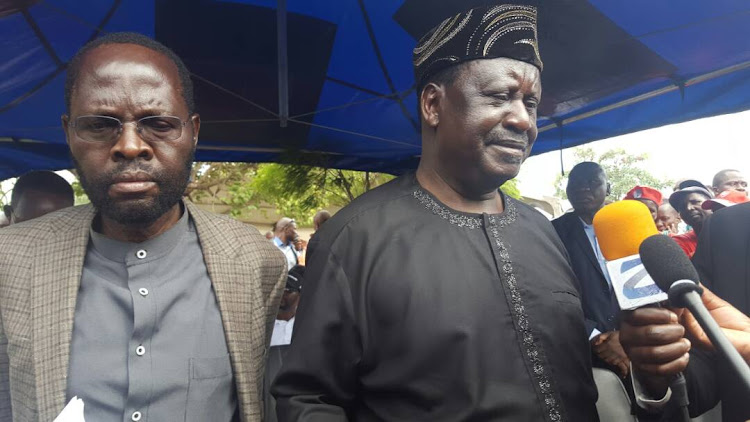 "We are happy for her," said Peter who told TshisaLIVE he was speaking on behalf of his extended family back in Kenya.

Peter, who is the governor of Kisumu province in Kenya, said that it took sacrifice and a solid support structure for his daughter to get as far as she has.

"Her aunt would take her to rehearsals and wait for her to finish. Opportunities are available at any level and for anyone, provided there is support rendered by the family."

The actress stars in the record breaking Black Panther, her biggest motion picture to date, and plays the role of a female assassin defending the Wakanda nation.

On Tuesday it was announced that she will be presenting an award at the Oscars alongside the likes of Sandra Bullock and Jane Fonda.

She recently confirmed that she would be playing the role of Trevor Noah's mom in the film adaptation of his book, Born a Crime.

"I could not put the book down. Excited to announce that I will be starring in and producing its feature film adaptation," she said in an Instagram post at the time.

Her father said that her talent was noticeable from a young age.

"She was an actress as far back as kindergarten. People admired her composure on stage. Her interest developed to musicals later when she was a teenager but we were not sure what the future held for her. All we could do was support her. After investing so much in supporting our daughter, it was gratifying to see her excel. It's the joy any father needs," he said.

The politician said he believes there are many Lupitas out there but insists the African "patriarchal" set-up stifles opportunities.

"Africa needs to do away with gender discrimination. It denies women and girls a chance to enjoy equal rights. Early child marriages hamper human development. It is high time we treat boys and girls the same. A young girl married off at a tender age is not a wife. She is a child," he said.

He said the onus to fight gender discrimination lies with parents.

"Early life experiences shape our future. In a way, we are all products of our social make up. So, the best investment for a child is to put a strong foundation for a great character."