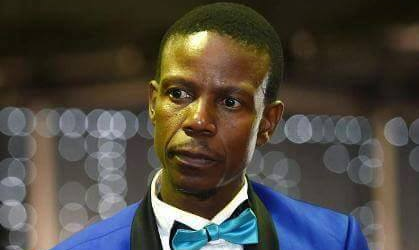 Pastor Paseka "Mboro" Motsoeneng has moved his TV show from Soweto TV to ANN7 and believes he can bring about a change in fortunes at the ailing channel.

Mboro, who hosted a show to highlight and provide support to struggling South Africans, told TshisaLIVE that he stopped submitting episodes of his show to Soweto TV after an episode where he helped a couple sort out their sex life was pulled from the channel.

"They stopped airing episodes we sent them after that and so we eventually stopped submitting. I made the channel popular and I had more viewers than the whole of the channel combined. Nobody knew about the channel until I started my show on it. I decided to start my own channel and while I am waiting for the production team and equipment I have decided to take up this opportunity."

He said he was contacted by someone at ANN7 who suggested he bring his show to the channel.

"People would ask me why I wasn't on TV anymore and they asked me to come back. That was why I decided to go on ANN7. I know that they sometimes struggle but if they let me have the freedom that they promised me, I will save them and increase their ratings. I must be judged on whether I build or destroy communities."

He said his show will give the people "what they want" but will not contain nudity or degrade people's dignity.

"I represent the people and I talk about things they are talking about. I give them a voice and make people aware of the issues. If I can do that, it will be a blessing. If not, I will leave like I did with Soweto TV. I know they are going off DStv later this year but I will stay with them as long as we are on the same page."

A year after Emtee had fans in a frenzy by announcing to TshisaLIVE that he was starting his own TV reality music competition, the rapper is finally ...
TshisaLIVE
4 years ago

Lupita Nyong'o has the world eating out of the palm of her hand and her father Peter Ayang Nyong'o couldn't be prouder. Pappa Nyong'o was in Zimbabwe ...
TshisaLIVE
4 years ago