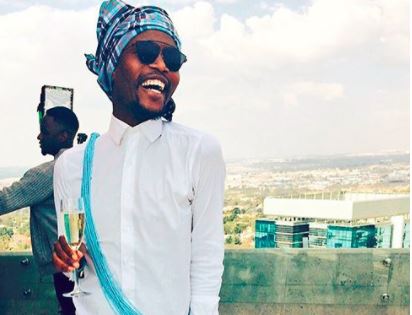 Moshe Ndiki is having an amazing 2018 so far.
Image: Via Instagram

2018 has been an incredible year for The Queen actor Moshe Ndiki and while the actor has credited God's timing, he said deciding to be celibate has made him focus on what's important.

Moshe told TshisaLIVE that he has been focussing on self-development and that being celibate was one of the ways he was ensuring he gave his time to what mattered most.

Moshe explained that he hoped remain celibate for at least a year.

He emphasised that he has nothing against sex, but said it was more a matter of re-learning to commit to decisions he took.

"Sex is amazing. I never want to take away from that. It is beautiful, but I am just stepping back. It was not really a 'sex thing' per say, but rather me evaluating the kind of decisions I make and staying committed to them."

Moshe recently bagged the role of Prince on The Queen and said he was looking forward to playing other characters that showcased his talent.

He added that despite the obvious similarities between him and his flamboyant character, he still had to work hard to bring Prince to life.

"People thought I had it easy with the character of Prince because we are both gay. But that was not case. We are not cut from the same cloth as much as people think. Our backgrounds differ and our stories are different. It's literally just like any other straight guy playing a character of a straight guy who is nothing like him."

Moshe, who rose to fame through his vlogs on YouTube, said his fans had to wait a bit longer for his vlog to fully function as he was looking to modify it.

"I'm planning to use it (YouTube) for something else, because the Moshe I am now is not the same as the one who started that platform. Most of my videos were about relationships and I used to go through the most with relationships. I have grown since then."

The Uyang'thanda Na? host has also been lapping up love from all sides for his hosting skills on the love themed reality show.

"I love the fact that I just have to bring myself to the show. I don't need to rehearse lines. I prepare my opening link and everything else is just me being myself. I'm so lucky that people love me for being myself."

After two years of knocking on doors, Botswana-born actress Koketso Mophuting is happy about getting her big break on Isibaya.
TshisaLIVE
4 years ago

Thembisa Mdoda on her exit from DWTSSA: I was overjoyed, I regret nothing

Instead of tears and sadness as expected when one is booted out of a competition, Thembisa Mdoda gracefully bowed out of Dancing With The Stars.
TshisaLIVE
4 years ago