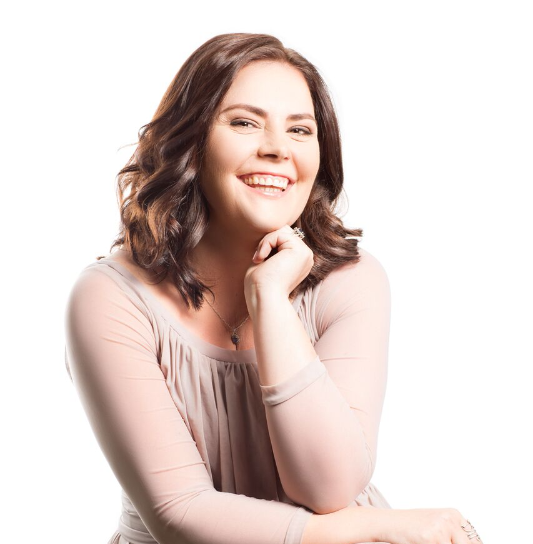 Cindy Kruger will host a new show, Spirit, on Fox.

Psychic medium Cindy Kruger is no stranger to public life. Besides her jam-packed schedule of daily clients (which has her booked until July) Cindy has been on numerous radio shows, helping others with her gift.

She's a psychic medium who helps "earth bound souls" connect with loved ones and her talent has now seen her land her own TV show on Fox Life called, Spirit. It will see her give readings to a variety of ordinary folks and celebs including Boity Thulo, iFANI, Basketmouth and Rozanne McKenzie.

"I had to thank the Fox team afterwards for making me grow. The experience pushed me and I am grateful for that. It helped me grow as a person and helped me grow my gift," said Cindy.

It's a gift she once had to suppress as she worked in the corporate world, determined to climb that ladder. She said because she didn't understand her gift, she feared it.

"It was difficult to suppress because you almost knew someone was going to get fired. Or you know someone was stealing. But then I found myself in a space where God allowed mentors into my space and my confidence grew."

As her confidence grew so too did her realisation that her purpose in life is to 'heal' people through her gift. Though that healing comes with a big responsibility.

"I want to make a difference in the nation. I want to heal Africa. I believe I was given this opportunity on Fox for a reason and it's been a dream come true. But in saying that I have a big responsibility. I am dealing with humans and people's lives. I have to be aware of what message I deliver to people and how I deliver it."

It's one of the reasons she says she'll never tell someone if she sees their death. She also said this sensitivity could see her give "softer" versions of the same message to those who come to see her about the same person.

So, has she got it wrong?

"Of course. But it's not a matter of getting it wrong. It's more second guessing myself. I am human and I am growing every day. Sometimes an interpretation of the reading comes out incorrectly."

Now that she's bagged her own TV show, you can bet the pressure is going to mount. But she's confident in her gift and isn't about to shy away from the chance to help.

"I'm always breathing positivity. I have a strong family team behind me. I've been told that I'm strange from a child, so that doesn't faze me. I have made such amazing friends in this journey and on a bigger level, to be able to read celebs was challenging. Celebs have two faces: their celeb face and their non-celeb face. But I realised they are just like us ordinary people."

Obviaaas we couldn't let Cindy tell us about her ability and then not put her to the test. So we invited her to our offices and, well, let's just say she erased any doubt.

Check out the vid of Cindy doing readings with some members of the TshisaLIVE team.