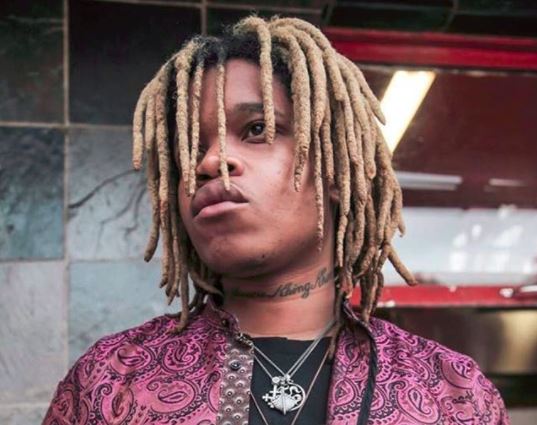 Musician Saudi is happy that featuring on the Black Panther has given him more attention.
Image: Via Instagram

Just a few weeks after he dropped his debut album Saudi was basking in the limelight after his Black Panther soundtrack feature was announced, and now it has become his first Billboard entry.

The Ambitiouz Entertainment signee told TshisaLIVE that he's finally come into his own as an artist after years of being labelled as a "misfit" and that it felt great.

"It feels great for the artist I am to be recognised because it is something that I wanted to do. Apparently, it wasn't supposed to happen like this; I was told that that I wouldn't appeal to an international audience but here I am. I'm so grateful that I have a Billboard charting song," Saudi told TshisaLIVE.

His album, titled DRUGS INC, has seen the rapper get more recognition and lots of airplay.

"It's a great feeling knowing that my music is not limited by language or style, it is loved and understood for the art it is. I am very proud of myself for being true to who I am and being recognised by people in other countries for showing them who I am."

The soundtrack for the Marvel film was curated by Grammy-award winning artist, Kendrick Lamar.

In addition to Saudi, Sjava and Babes Wodumo are also on the soundtrack.

"Black Panther is an amazing production. The first Marvel, black superhero film, and not black superhero because it's a guy with melanin, but an actual black superhero. A hero who is a reflection of us and tells a story that has our cultures, our victories and tragedies. It is a project I will always be proud to have featured on."

Saudi explained that being part of the Black Panther soundtrack also validated his unique style of rap and made him realise that language wasn't a barrier but an advantage to an artist.

The There She Go rapper is featured on a single titled X alongside hip-hop heavyweights Schoolboy Q and 2 Chainz.

A year after Emtee had fans in a frenzy by announcing to TshisaLIVE that he was starting his own TV reality music competition, the rapper is finally ...
TshisaLIVE
4 years ago

Lupita Nyong'o has the world eating out of the palm of her hand and her father Peter Ayang Nyong'o couldn't be prouder. Pappa Nyong'o was in Zimbabwe ...
TshisaLIVE
4 years ago

2018 has been an incredible for The Queen actor Moshe Ndiki and while the actor has credited God's timing and hard work, he's also shared that he's ...
TshisaLIVE
4 years ago

Retirement is a word that does not exist in Lillian Dube's vocabulary, even after being the industry for several decades.
TshisaLIVE
4 years ago